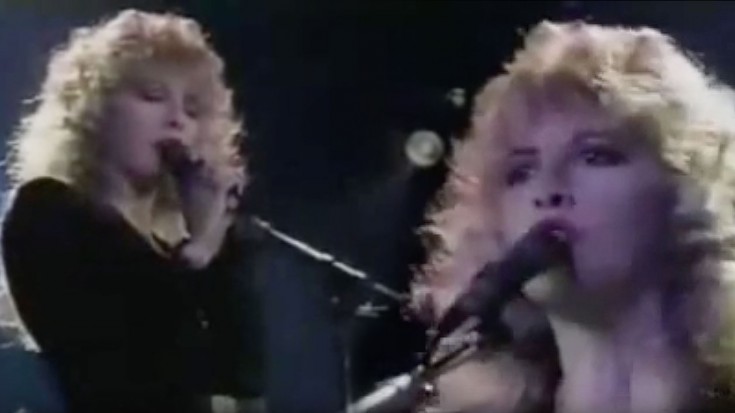 The Gold Dust Woman Herself

Appearing as a guest at Bob Welch’s show, Stevie wows the crowd with this beautiful “Gold Dust Woman” performance with lengthened, pristine vocals and a stunning outfit.

“Did she make you cry?  Make you break down, shatter your illusions of love”

Stevie was genuinely particular about executing the vocals in this song due to the various challenging ranges and the focus of the song: Lindsey. Stevie wrote this about her ex boyfriend and fellow Fleetwood Mac band mate, Lindsey to represent her struggle to pick herself up during the hard times.

Some fans could also argue that the lyrics “Take your silver spoon, dig your grave” are in reference to her frequent and public drug use at the time.

Whatever the root of the lyrics, we are so glad that Stevie took this song in particular so seriously. We have always loved it and always will.