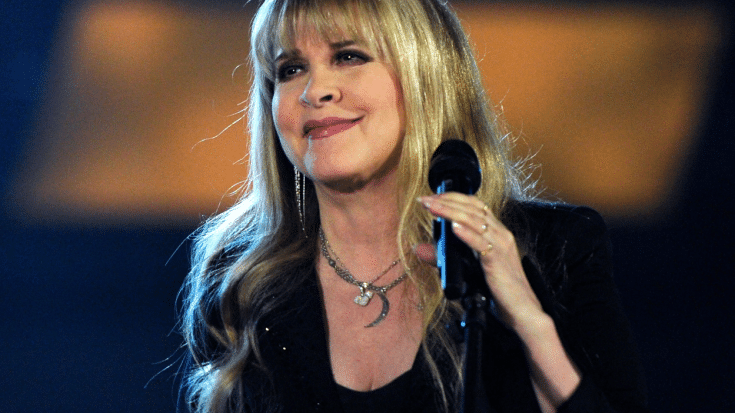 Wish We Could Make This Happen For Her!

Stevie Nicks’ historic induction into the Rock and Roll Hall of Fame is every bit as exciting as you’d expect. At long last, the 70-year-old rock legend is being recognized for her solo work and the impact she’s had on the world, lightyears away from working odd jobs to pay the rent by day and writing songs late into the night, just hoping to get by.

Stevie’s induction into the Rock Hall is a cause for celebration, to be sure – so why is she a little sad?

The sadness, she told Rolling Stone, comes from who won’t be there to celebrate her big moment with her. Sure, her brother Chris will be in the audience as his sister hits the stage to accept the honor, but their parents who have both long since passed away, won’t be there. Neither will late legends Prince and Tom Petty, whose presence at the Rock and Roll Hall of Fame induction ceremony would have been the cherry on top of Stevie’s big moment.

If Tom Petty had lived, he could have come and played “Stop Draggin’ My Heart Around” with me. And that breaks my heart that those two people aren’t alive for this.“

But the same woman who wrote “Landslide” is the same wise woman who knows that while her loved ones are gone in the physical sense, they’ll be with her in her heart – just like they are every morning when she wakes up, and every night when she gets ready to head out onstage.

“They are in my heart. They walk with me onstage every night. That’s the sadness that there are a few people that I would really loved to have shared this with, but life goes on and they are in my heart, so it’s okay. I have to let that part go.”

You don’t have to be an expert to know that Stevie Nicks is right about that.

Rock and roll’s fairy godmother will be inducted into the Rock and Roll Hall of Fame on March 29th, 2019 in New York City. She’ll be joined by The Cure, Radiohead (who may or may not show up?), Janet Jackson, Roxy Music, Def Leppard and The Zombies, so be sure to stay tuned to Society of Rock for more exciting updates as they become available!

Revisiting 10 Bachman-Turner Overdrive Songs From The…