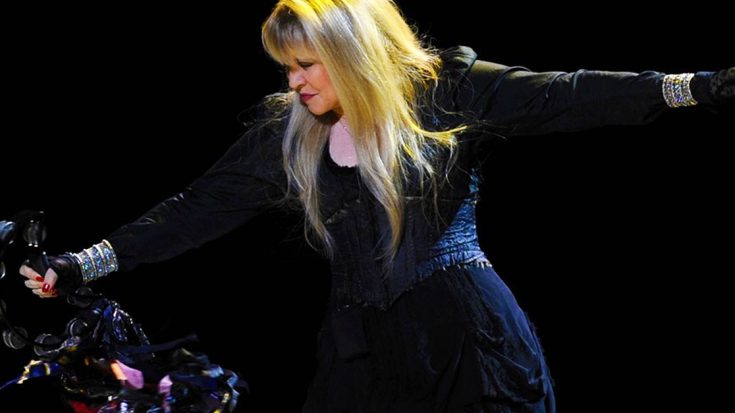 24 Karat Gold Kicks Off In Phoenix

It’s been a whirlwind few weeks for Fleetwood Mac singer Stevie Nicks as she prepared for her highly anticipated 24 Karat Gold tour with a successful string of television appearances. It looks like all of her hard work paid off, because Stevie’s opening show of the 24 Karat Gold tour in her hometown of Phoenix, Arizona was nothing short of a win for the rock legend as fans watched her dazzle them over and over again with old favorites mixed with songs that hadn’t been played live in decades – and in some cases, years.

Joined by The Pretenders’ Chrissie Hynde for “Stop Draggin’ My Heart Around,” the night wasn’t complete until Stevie dusted off crowd favorite “Gold Dust Woman,” breathing new life into a song that’s come to symbolize her own struggles as a 20-something in the late seventies, caught in a bad relationship amid a crippling drug habit and as she puts it, “trying to live. Trying to get through it all.”

If she was even remotely nervous to be kicking off her big night in the city that built her, Stevie didn’t show it – in fact, she was at her best, twirling and dancing in the golden spotlight and giving every indication that if this is how her long awaited solo tour begins, then fans can most certainly expect the same caliber of showmanship from her for the rest of the tour!