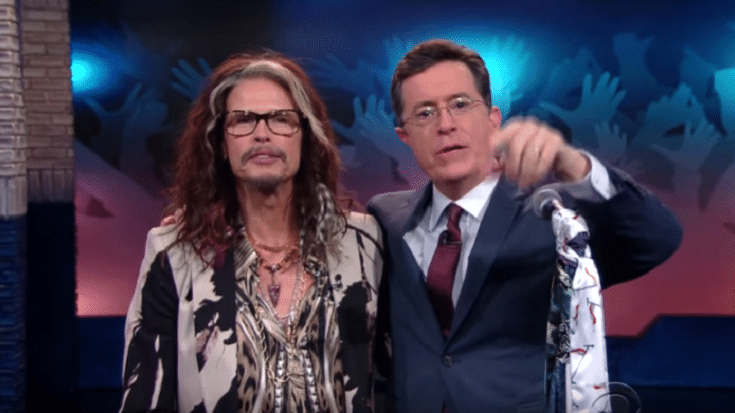 A Crash Course On His Signature Moves

Back in 2016, Steven Tyler dropped by on The Late Show with Stephen Colbert to chat about his country single, his philanthropic initiative called Janie’s Fund, and also share some of his mic techniques. When the host took out a scarf-wrapped stand, the Aerosmith frontman referred to it as “my girlfriend that I live vicariously through on stage.”

And of course, with Tyler being one of the greatest frontmen to walk the earth, he proceeds to give Colbert a crash course on how to perform like a rockstar. Colbert then tried to imitate the classic Steven Tyler style of performing. And he ended it by telling the audience, “I am possessed by the spirit of Steven Tyler.”