Steven Tyler Gives Riveting Performance Of His New Song On The Tonight Show! 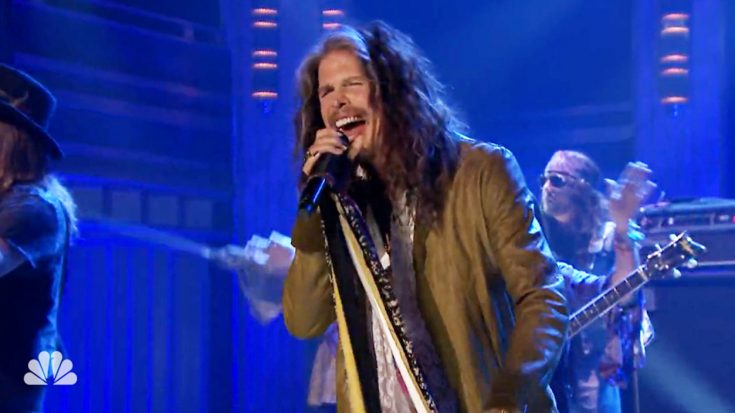 With Or Without Aerosmith, Steven Tyler Is Simply Amazing!

It’s pretty safe to say that Aerosmith was, is, and always will be an amazing band. They reshaped what it means to be a compellingly good rock band with a rhythmic approach that is rarely ever matched. Now unfortunately, it’s very common for members of legendary rock bands to venture off and pursue solo projects. Sometimes they’re instant successes, and other times, they’re complete flops. This example is one of those times where it’s a huge success.

What you’re about to watch is Steven Tyler (lead singer of Aerosmith) perform a song called We’re All Somebody From Somewhere from his solo project. You can expect that people would be skeptical when they hear that Steven Tyler is pursuing a solo project, but the when he takes to the stage on The Today Show, he absolutely stuns everybody in the crowd!