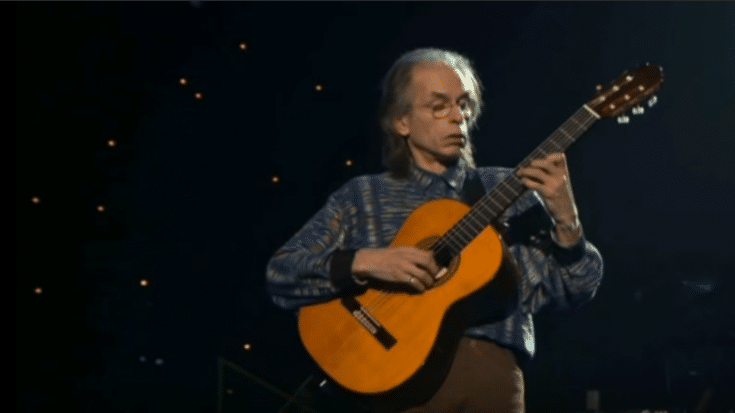 Guitarist Steve Howe is set to release his latest album titled “Love Is” on April 17 via BMG. A day prior, on April 16, Howe will also drop his autobiography “All Our Yesterdays” through Omnibus. Taking to Facebook to make the announcement, Howe said: “My new solo album is titled LOVE IS. It’s an equal balance of guitar instrumentals and songs, which presents a symmetric balance of the things I do. I perform the lead vocals, electric, acoustic & steel guitars plus occasional keyboards, percussion and bass guitar on the instrumentals.”

YES lead vocalist Jon Davison provides the harmony vocals and plays the bass while his son Dylan Howe is behind the kit “showing his precision and forcefulness throughout.”

Steve Howe added, “After starting all the tracks at our own studio, Curtis Schwartz then expanded the possibilities — including recording Dylan — and developed the mixes before Simon Heyworth mastered the tunes for it’s release on the 17th April 2020 on BMG. I look forward to sharing the album art once it’s ready.”

Meanwhile, “All My Yesterdays: The Autobiography of Steve Howe” is available for preorder on Amazon. According to the listing, Howe “recounts times of triumph and torment amidst the cream of the UK’s prog rock bands.”