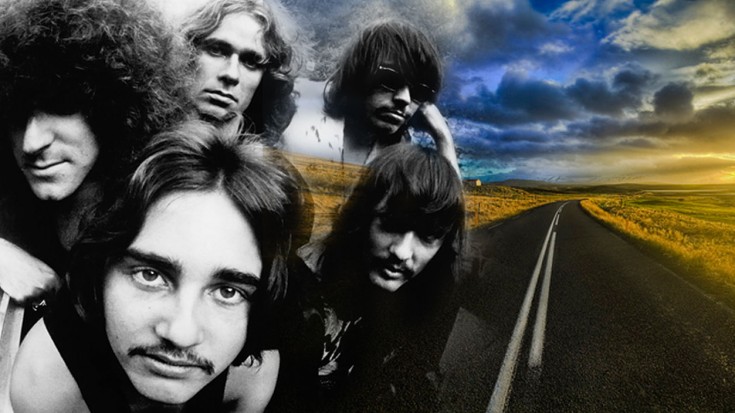 Could this be THE rock anthem of the century? It’s definitely possible!

Believe it or not, brother of Steppenwolf’s drummer, Dennis Edmonton is actually responsible for penning this classic rock anthem! With his extraordinary talent for writing songs, he really helped shape Steppenwolf’s career- also writing “Ride with Me“, and “Tenderness“.

Explaining how he came up with the song, Bonfire (Edmonton’s stage name) said:

“I was walking down Hollywood Boulevard one day and saw a poster in a window saying ‘Born to Ride‘… Around this time I had just purchased my first car, so all this came together lyrically: the idea of the freedom and joy I felt in having my first car and being able to drive myself around whenever I wanted.

“Born To Be Wild” didn’t stand out initially. Luckily, it stood out for Steppenwolf. The song was more of a fluke rather than an achievement.

Frontman John Kay (from Rolling Stone magazine’s “Top 500 Songs): “Every generation thinks they’re born to be wild and they can identify with that song as their anthem.”

The song was originally brought to the band as a folk ballad about life on the open road. Once Steppenwolf began working the song, the tempo was increased, and their iconic rendition of the rock and roll song resulted.

+Born to be Wild lyrics below+

Like a true nature’s child
We were born, born to be wild
We can climb so high
I never wanna die