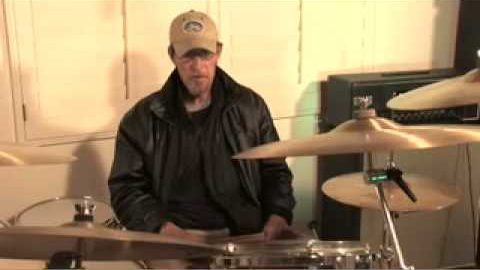 English musician Ric Parnell, best known for his role Mick Shrimpton, the drummer in 1984 This Is Spinal Tap, has passed away at age 70.

In the early years of his career, Parnell has bounced around different groups before finding his way on the prog-rock band Atomic Rooster in 1970. He was part of the band until 1974 and played on their studio albums Made in England and Nice ‘n’ Greasy. During his tenure, the band scored two hits in the U.K., “Tomorrow Night” in 1970 and “Devil’s Answer” in 1971, which peaked at No. 11 and 4 respectively.

After his departure with Atomic Rooster, Parnell performed with the Italian rock band Tritons, pop-rock group Stars, and jazz group Nova. He found success as a session drummer and played on material for Michael Des Barres and Yes frontman Jon Anderson, as well as Toni Basil’s 1981 album Word of Mouth, where he worked with Basil’s classic hit “Mickey.”

The rocker also claimed to have turned down offers to join Journey and Whitesnake. Nevertheless, Parnell still found his biggest break in 1984 when he got the role in the rock mockumentary This Is Spinal Tap. He played Mick Shrimpton, the drummer for the fictional band Spinal Tap.

Parnell (as Shrimpton) recalled in one memorable scene:

“When I did join, you know, they did tell me – they kind of took me aside and said, ‘Well, Mick. It’s, you know, it’s like this…’ And it did kind of freak me out a bit. But it can’t always happen to every one, can it?”

The drummer played on the film’s official soundtrack and stayed as the fictional band became real. In 1992, Spinal Tap staged a reunion tour and Parnell performed under the name Ric Shrimpton, twin brother to his character Mick, who had died in the film. Around the same time, they have also released their sophomore album, Break Like the Wind.

In his later years, Parnell has been hosting a weekly radio show after he moved to Missoula, Mont. A GoFundMe has been set up in support of the late drummer.