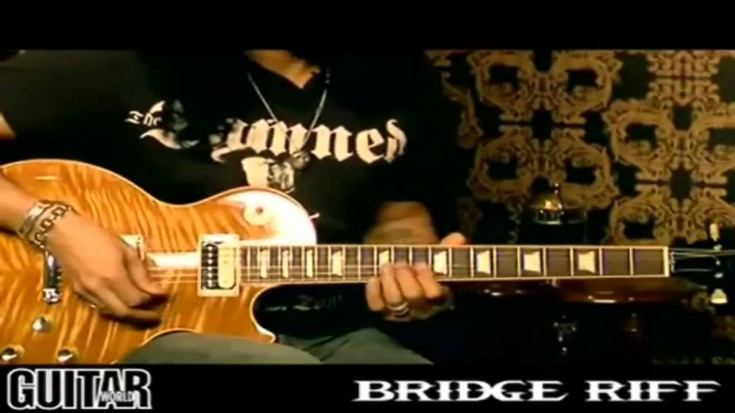 Here is an awesome guitar lesson from none other than Slash. This is for those who want to know how to play Paradise City. He makes it look so easy! But here you will learn the part Slash plays. You’ve got to love the tone that he is playing. He arguably the greatest classic rock guitarist.

“the verses are more about being in the jungle; the chorus is like being back in the Midwest or somewhere.” – Axl Rose talking about Paradise City to Hit Parader

That was so clean and perfect. Wouldn’t it be so cool if we actually had real guitar lessons with this guy? Because he may have haters but Slash has made a name for himself because he’s not your average guitarist. Besides, he’s still killing it. We wouldn’t pass up the chance to jam with him and Axl Rose. That would be one for the books.