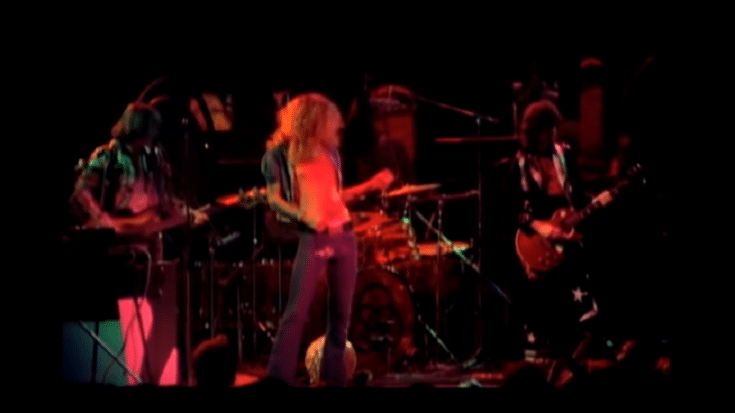 Rock music has always been about drugs and sex. From the beats to the lyrics, the sexual innuendos are almost always there. They may be subtle or blatant, lurking behind metaphors or being explicitly sung. Either way, most bands capitalized on this and basically left little to the imagination. Case in point: Led Zeppelin. They exuded sexuality – the raw and fierce guitar work, the sensual wailing, and wild drum fills.

Perhaps that’s part of their appeal. After all, none of them ever debunked the rumor about the groupie and the shark. Here are some of their most sexual songs:

Inspired by 1950s rock ‘n roll, it’s a fun number until you look closely at the lyrics. It’s one of Plant’s favorite songs from their 1976 album Presence. And since they were under pressure to finish recording so The Rolling Stones could use the studio, they wrote the song in just an hour. Of course it doesn’t take much to realize what “I like your honey and it sure likes me” and “I got my spoon inside your jar” mean.

Yet another very obvious reference to sex. It’s a straight-up rocker and it’s the opening track for their monolithic record Physical Graffiti. It’s dripping with sexual euphemism especially with Plant singing “I declare you’re sweet and nice like your custard pie / When you cut it, mama, mama, please save me a slice.” Here’s a fun fact: it’s one of the few songs they never played live.

Squeeze me baby, till the juice runs down my leg
The way you squeeze my lemon, ah
I’m gonna fall right out of bed

It took inspiration from several songs most notably Howlin’ Wolf’s “Killing Floor”. When this song came out, several listeners were offended at the glaring sexual references. Led Zeppelin’s weren’t even bothered by it. But it’s popular for more than just the suggestive lyrics. The basslines are impeccable and overall, the song is simply irresistible and spectacular.

There’s no question that this is one of their best and most enduring songs. If you’re wondering about the title, you won’t hear it in the song and in fact, it’s totally unrelated to the entire track. They needed a title and so they thought about the black Labrador retriever wandering around the woods near Headley Grange. In an interview, Plant talked about Black Dog, “Not all my stuff is meant to be scrutinized. Things like ‘Black Dog’ are blatant, let’s-do-it-in-the-bath type things, but they make their point just the same.”

It’s not as shameless as The Lemon Song or Custard Pie but the lewd and sleazy lyrics are still there. It’s one of the greatest hard rock songs of all time and a very sexual one at that. Minus the words, it’s a musical masterpiece. The guitar riff alone deserves so much praise. It’s the band at the peak of their powers.