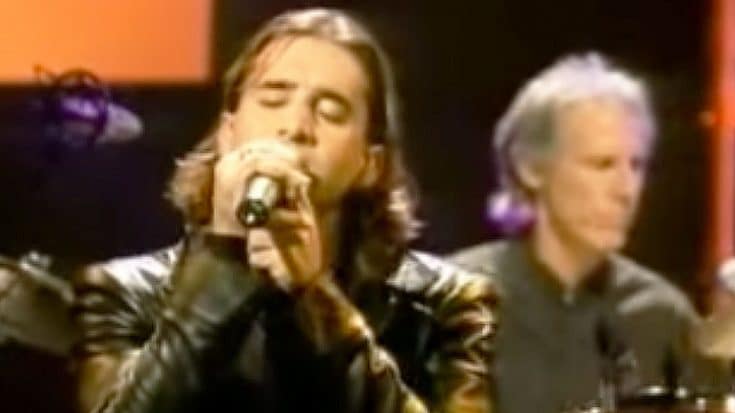 Scott Stapp Does The Doors Justice!

In regards to classic rock bands, replacing any member of the band, let alone a singer, could be considered criminal, at least to the fans. While most of the times it’s the only choice the band has, fans can sometimes have a hard time accepting their favorite member of their favorite band being replaced by someone else.

One band that had to endure this was The Doors. On July 3rd 1971, legendary frontman for The Doors, Jim Morrison tragically passed away at the young age of 27. As far as many fans were concerned, Jim Morrison was the embodiment of The Doors.

He had a voice, style, and charisma that was truly unmatched. You would think that it would be truly impossible to replace such a legend, but what you may not know is that this may not necessarily be the case!

What you’re about to watch is a video in which The Doors, many years later, tae to the stage with Creed frontman Scott Stapp and perform the iconic hit song Light My Fire. Scott Stapp truly channels Jim Morrison for an astounding rendition of this song and is able to immerse  this audience in what The Doors were all about. Don’t believe me? See for yourself!