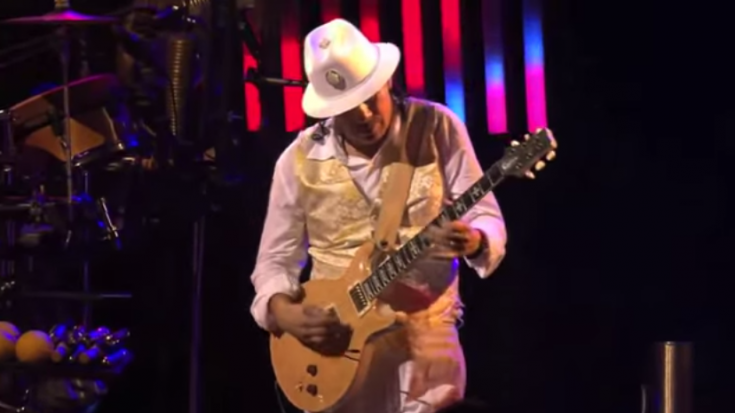 “Samba Pa Ti” is a popular instrumental by Carlos Santana and one of the tracks in his album, Abraxas. It was also covered by several artists including José Feliciano and Angélique Kidjo who added lyrics to the song.

According to his interview in Mojo Magazine last November 2008, Santana said: “I remember being alone one evening- until then when I heard my records it was like seeing myself in the mirror and there was no me there, only a lot of other guitarists’ faces: B.B., George Benson, Peter Green. That evening I heard Samba Pa Ti on the radio and I looked in the mirror and it was my face, my tone, my fingerprints, my identity, my uniqueness. Because when I recorded it I was thinking of nothing, it was just pure feeling. I have a suspicion it came from stuff bottled up inside me, that I didn’t know how to express or articulate. I get angry because, ‘Why can’t I say what I really mean?’ Then Samba Pa To comes out of me. And everybody understands it.”

This live version is stellar. And he’s basically showing every amateur guitarist how it’s supposed to be done. Wow, we’d do anything to go back in time and be there during that concert. What a show!