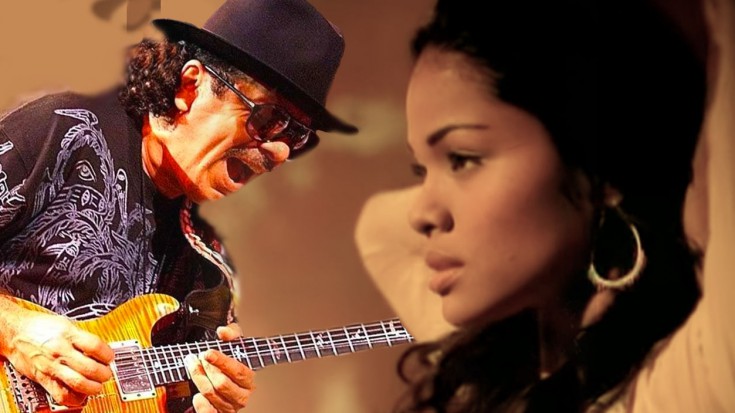 While it was one of many tracks off of his star-studded 1999 album Supernatural, Santana’s “Maria Maria” proved to be the breakout track that stood out and dominated the airwaves, appealing to both fans of classic Carlos Santana and younger fans introduced to the legend through MTV and heavy radio airplay that summer. Whether it was the Spanish-tinged narration of Maria’s struggles to survive, or the r&b influence introduced by guest artists The Product G&B that made you imagine sultry summers dancing in crowded urban streets, you were sure to end up cranking the volume on your car stereo and exclaiming, “I love this song!”

1999 was a fantastic year for Carlos Santana after the release of his 17th studio album Supernatural; the album went 15 times platinum and snagged a total of 8 Grammy awards, including “Album Of the Year” and “Record Of the Year” at that year’s Latin Grammys. The single “Maria Maria” came hot on the heels of “Smooth”, dominating the Billboard 200 chart’s #1 slot for a total of 10 consecutive weeks and taking home a Grammy award for “Best Pop Performance by Duo or Group with Vocal” and by the end of the century achieved the #2 slot on the Top Billboard Hot 100 Latin Songs of All Time. Absolutely amazing!

Take a trip down memory lane back to the summer of 1999 and enjoy this classic – we’re sure you’ll love it as much as we do.