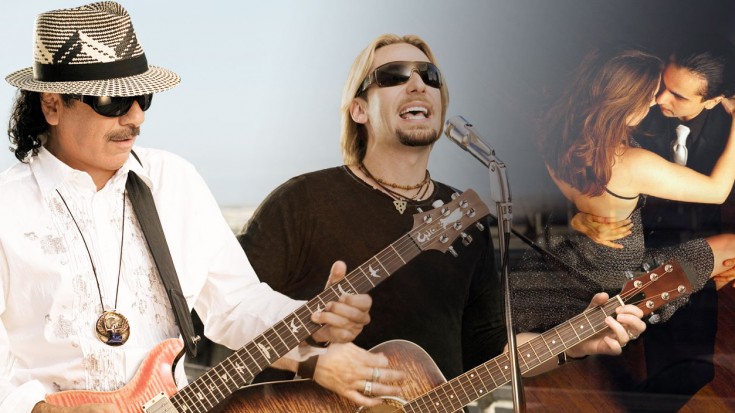 After the success of 2002’s hit song ‘Why Don’t You & I’, Carlos Santana clearly knew what he was doing when he tagged Nickelback frontman Chad Kroeger for another collaboration. Yet again, we see how perfectly Chad’s vocal ranges meshes with Santana’s guitar work – the perfect blend of gritty and sweet came together again to create an award winning tune with ‘Into the Night’.

‘Into the Night’ was released in 2007 and featured on Ultimate Santana; if the song reminds you of a classic Santana tune, you’re not wrong!

Ultimate Santana spans Santana’s entire 50 year career, including tracks like ‘Into the Night’ that feature the signature heavy Latin percussion and Santana’s guitar melodies taking the lead that was common in Santana’s early years.

No wonder ‘Into the Night’ makes you want to get up and dance and had such a massive crossover appeal! The blend of old Santana with a modern twist was an amazing way to bring Santana to everyone – fans old and new.

Either way, we’re still huge Santana fans – after you hear this song, you’ll be as crazy about him as we are!