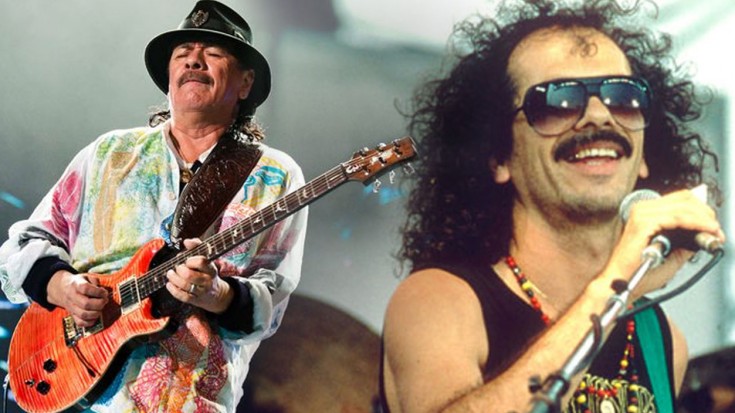 Santana knows how to weave his magic over the crowd with his timeless music. His guitar style is easily recognizable and he always has that vibrant spirit each time he performs live on stage. He has sold over 90 million records and the songs are almost always about the celebration of life.

In this video, Santana plays “(Da Le) Yaleo” to the delight of the Miami crowd. The up-tempo beat coupled with his distinctive take on latin music creates a wonderful vibe that sends his audience into a frenzy. He makes the guitar come alive with amazing skills.

Carlos rarely employs vibrato. When he does, it is often the less-used vertical vibrato (moving the finger back and forth in parallel with the neck, as opposed to perpindicular to the neck). And his renowned sustained notes, held with a “straight tone” (sans vibrato), immediately identify him.

He has received recognition throughout his entire career — from winning Grammy awards to performing with other famous music artists to being inducted into the Rock and Roll Hall of Fame. Here are some of his other remarkable honors:

“Santana’s crystalline tone and clean arcing sustain make him the rare instrumentalist who can be identified in just one note.”