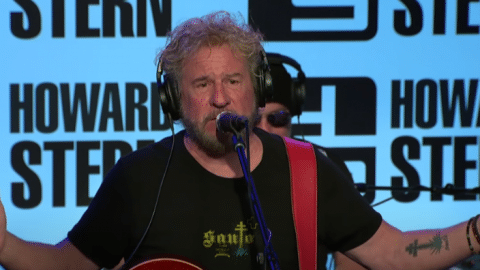 He Was Angry At The Time

In a new episode of Rock This with Allison Hagendorf, Sammy Hagar talked about his touring days with his former band Van Halen, musical influences, recent projects like an upcoming book, and most importantly, his relationship with late guitar legend Eddie Van Halen. It’s no secret that Hagar and EVH took their feud public and now, Hagar expressed his regrets at writing negatively about EVH in his memoir Red: My Uncensored Life in Rock which was published in 2011.

Speaking about the memoir, Hagar said: “I included everything. There’s nothing I didn’t say.”

“I kind of wish I would have been a little more conservative about the Van Halen years – but I was angry when I wrote the book,” he continued. “They threw me out of the band, and they did it ruthlessly.”

He admitted that although he loved EVH “to death”, he also shared that “him and his brother are pretty tough guys to deal with, if they go against you. They really made it harder on me at a weird time in my life.”

Listen to the rest of the interview below.