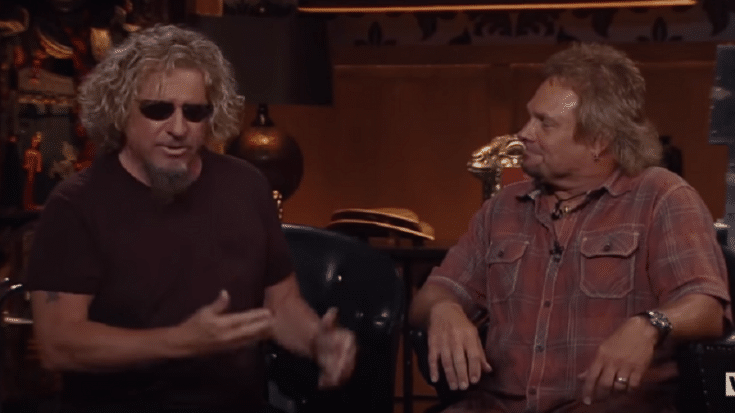 Is This Even Surprising?

Sammy Hagar and Michael Anthony have formed such a strong friendship over the years and Anthony once said that with Hagar, there are “no egos involved” and that their collaborations are “not money driven.” So it comes as no surprise that Hagar is pretty aware of what’s going on with Anthony especially when it comes to him working once again with Van Halen.

In an interview on the “Trunk Nation” show on SiriusXM last February 13, Hagar revealed that not only did Van Halen contact Anthony but they’ve actually been coordinating with the bassist to add him for this year’s stadium tour lineup.

“He got a call six months ago from [Van Halen’s] management saying, ‘Are you interested?’ And he said, ‘Yeah. I’m doing a record with Sammy right now. We’re booking shows, so you’d have to work around it.’ And they said, ‘Okay. We’ll get back to you.’ And that was it. I can tell you that much.”

But Anthony isn’t getting any more information than the rest of us waiting for the next news about the tour.

“As usual, Mike’s hearing about it through the news, just like the way he heard about when Wolfie [Eddie Van Halen’s son, Wolfgang Van Halen] replaced him [back in 2007]. It was, like, ‘Oh, I guess I’m not in VAN HALEN anymore.’ He read about it instead of these knuckleheads giving him a call and just being straight upfront with him. So Mikey’s still sitting in that same position again to where all these rumors are going around.”

Anthony is currently busy with Sammy Hagar & The Circle as they’re about to release their debut album and perform a series of shows.