Rush Play Their Own Song On A Video Game—Epically Fail At It! 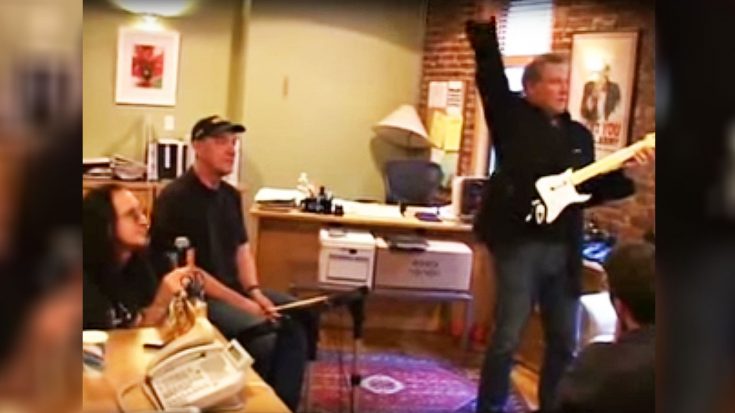 One of the most technical bands in rock n’ roll history is Rush. Every member of the band is a true master of their instrument, and plays it to near perfection. Their songs are so complex, and not one stone is ever left unturned! It’s pretty rare to see the band ever mess up, but in this video, they mess up their own song on a video game!

Rush were invited to test out the brand new Rock Band game, which featured their classic hit “Tom Sawyer.” The band decided to take on the song with Neil Peart on the drums, Alex Lifeson on the guitar and Geddy Lee manning the vocals. Geddy decided to not play the bass part, as he wanted to get used to the game first. But unfortunately, neither member was able to adapt well to the game, and ended up failing at their own song!

Fun Fact: During the first instrumental section of this song, the time signature changes to 7/8. The unusual choice in time signature is consistent with other songs by Rush, such as “Limelight,” “The Trees,” “Distant Early Warning,” and “Freewill,” among others.

The moment serves for a hilarious outtake, as you just hear the band members make comments like, “They hate us!,” “We suck!,” “I can’t play to that!,” and even Geddy Lee proclaiming, “I’m going to go join another band!”

The video is absolutley hilarious, and if you’re a Rush fan you must see it. Fortunately, Rush are masters of REAL instruments, so we can excuse them failing at a stupid video game!