Rush Fans, Get Ready For November, Because The Band Has Announced They Will… 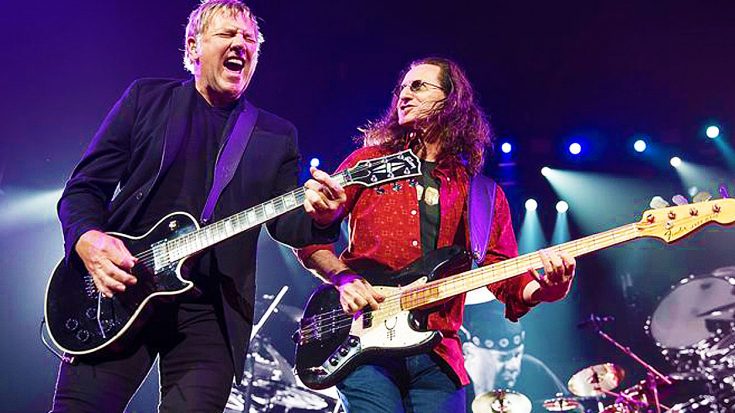 If you missed out on what many believe to be Rush’s final tour, you’re in luck! That’s right, the band that many dub “the holy trio,” is bringing their R40 Tour to the big screen with a new documentary titled Rush: Time Stand Still. The film will be a concert film/rockumentary film that will explore the performances of R40, and discuss the cherished relationship Rush have with their fans! Time Stand Still will be narrated by Rush mega-fan Paul Rudd, and will include exclusive, never before seen candid interviews with all three members of the band (Geddy Lee, Neil Peart and Alex Lifeson).

Fun Fact: ‘YYZ,’ Rush’s Grammy-nominated instrumental showcase, was named after the identification code for Toronto’s Pearson International Airport. The song’s drilling intro riff is based on the visual pattern for those three letters, rendered into Morse code. It’s the most lovably nerdy moment from prog’s nerdiest band.

So there you have it! Go check out Rush: Time Stand Still concert film, which is set to premier November 3rd, with a limited release in 460 theaters!