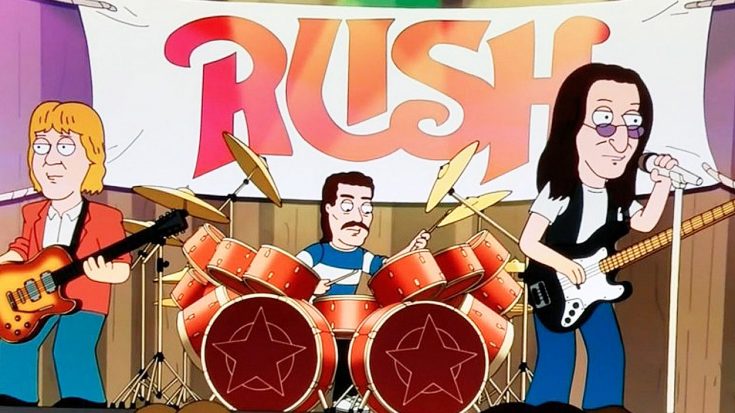 So, there’s a show called Family Guy, you may have heard of it. It is regarded as one of the most popular adult comedy shows of all time, probably just after The Simpsons, which is arguable, but we’re not here to argue, okay!?! WE’RE ALL FRIENDS HERE, GOSH. Anyway, the show has been around for several years now and is known for it’s many pop-culture references, both topical and nostalgic. It’s pretty much guaranteed for every episode. The latest episode to air is no different. This time, featuring one of our favorite bands ever!

What you’re about to watch is a clip from the latest episode of Family Guy where Peter Griffin, Chris Griffin, and Cleveland are all present at a Rush concert. Yes, Family Guy usually pulls off a 10 out of 10 performance with the references, but watch and let us know how you feel about this one.