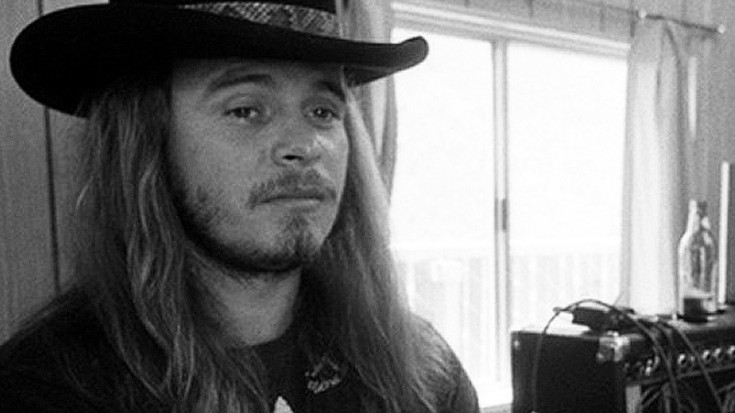 Any successful person will tell you: being successful isn’t the hard part of the equation, it’s accepting that your life will change and with it, the people you once called friends. Lynyrd Skynyrd frontman Ronnie Van Zant understood this all too well, having been on a meteoric rise to fame with his band and the success they found with their first two albums Pronounced Leh-Nerd Skin-Nerd and Second Helping; suddenly, he wasn’t just a regular guy from Jacksonville who loved to toss around a baseball and raise a little Cain with his friends from time to time – he was Ronnie Van Zant of Lynyrd Skynyrd, rocking stages around the country and soon, around the world.

In 1975, Ronnie penned the lyrics to “Am I Losin'” – a deeply personal look at his own life, expressing his hurt at certain lifelong friendships being lost once money was on the horizon and asking God what he’d done to deserve being blamed for his success and punished for following his heart.

An acoustic version of “Am I Losin'” is featured on Lynyrd Skynyrd’s 1994 album, Endangered Species.

The 6th track from Lynyrd Skynyrd’s third studio album Nuthin’ Fancy, “Am I Losin'” is hailed as one of the most honest, deeply personal songs ever written by Ronnie, and this tender moment with a man who knew the price of fame all too well is sure to make you really, really appreciate the amount of heart and soul he put into all that he did – even if it came with a high price.