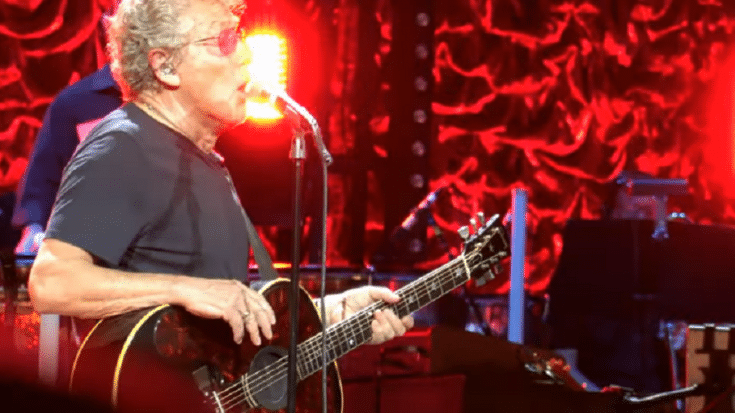 The Who had to cut short their September 25 show in Houston, Texas after frontman Roger Daltrey lost his voice just eight songs into the concert. At the Toyota Center, it all started pretty well for the band until Daltrey visibly struggled with Who Are You even missing a few lines and Pete Townshend had to take over the lead vocal duties. They played another song after that, Eminence Front, which Townshend sung.

Daltrey then told the crowd before walking off the stage, “I think I should quit while I’m ahead.” Townshend followed him and returned a few minutes later to tell the audience, “I’m really, really sorry. Roger cannot actually speak now. Apparently, before the show he saw a doctor, and, you know, he’s been singing so fu*king great through this tour. I don’t know what the fu*k’s going on. He has been on top of his game.”

Townshend also added that while he and the band could continue, “this is Roger’s show, really — it’s a vocal show — and he’s not in good shape.”

They’re scheduled to perform on Friday, September 27, at the American Airlines Center in Dallas, TX. The Who haven’t issued any statement regarding the status of Roger Daltrey or anything about their upcoming show.