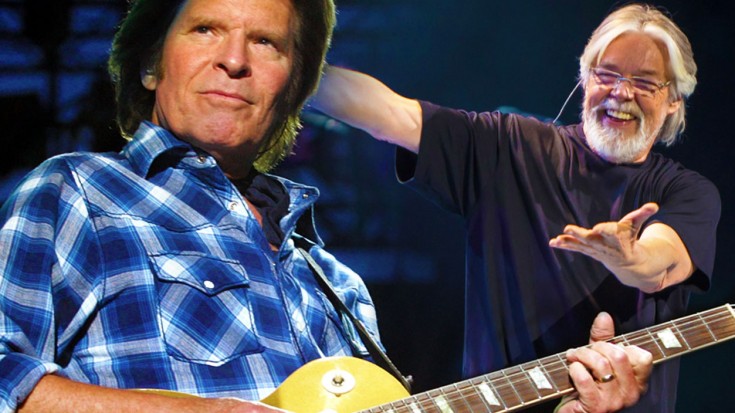 Featured On Fogerty’s Wrote a Song for Everyone

In 1970, John Fogerty penned the lyrics to “Who’ll Stop The Rain” – a lyrical scrapbook of his time spent at Woodstock the previous summer, focusing solely on moments spent watching festival goers dancing in the rain; naked, cold, yet still impossibly happy. The song received a new lease on life when in 2013, Fogerty enlisted the help of fellow rock legend Bob Seger of “Turn The Page” fame for an updated rendition of “Who’ll Stop The Rain” and to say that it’s good is the understatement of the decade – it’s absolutely amazing.

Made famous by Creedence Clearwater Revival in 1970 and featured on the band’s fifth album Cosmo’s Factory, “Who’ll Stop The Rain” packs a serious one-two punch when Seger adds his signature smoky vocals to Fogerty’s, giving the song that extra something else you never knew it needed – until now, that is!

Fun Fact: The line, “I went down Virginia, seekin’ shelter from the storm” gave Bob Dylan the idea for the title of his 1975 song “Shelter From The Storm.”

For two singers who couldn’t sound more different if they tried, it’s pure magic when their harmonies come together for the song’s chorus; could it be that finally, John Fogerty’s found the perfect vocal match in Bob Seger? This rendition of “Who’ll Stop The Rain” is far and away one of our favorites – slow, soulful but still with a note of something indescribable that just makes you happy from the inside out, it’s safe to say that this may be one of the best collaborations we’ve ever heard!