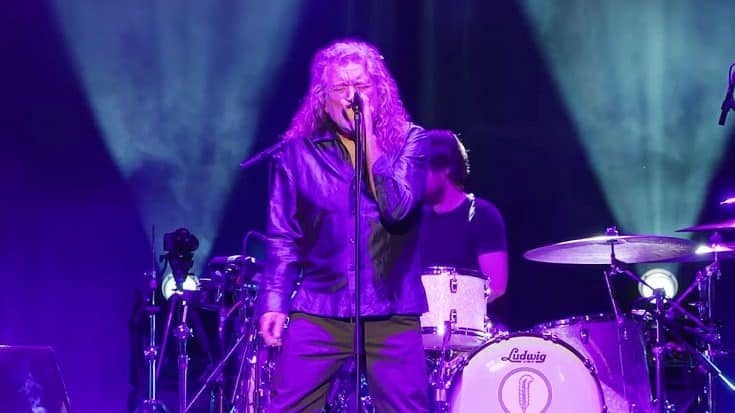 Though many people don’t like to admit it, most of our favorite rock singers just don’t have the pipes that they used to have, but honestly, it’s nothing to be ashamed of. Just because they can’t sing as high as they used to, it doesn’t mean they don’t still sound amazing.

Take for example the legendary Robert Plant. Though you could say that his higher notes have become harder for him to reach, the Led Zeppelin front man’s voice has truly aged like the finest wine. In fact, though it’s debatable, you could even say it’s become even better.

As you’ll hear in this video performance below, there’s definitely a newfound richness to Robert’s voice that just adds so much to what he’s singing. In fact, if you were to go back and listen to Led Zeppelin’s Celebration Day performance, you’ll definitely hear it there too!

Check out this performance below and hear for yourself!