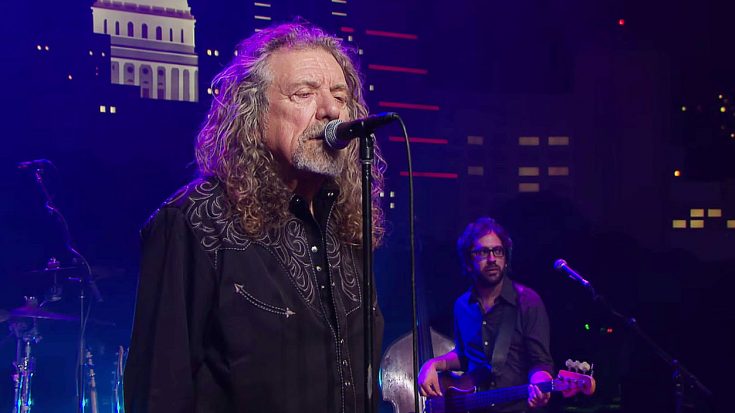 Now let’s be completely honest, it’s not like I have to convince you of Robert Plant’s awesomeness. This man is not only one of the greatest singers of all time, but he is without a doubt one of the most important people in all of rock and roll. Now I won’t say that he is the prime example/template that all rock frontmen have followed, but it is well known that he is one of the most influential people in rock and roll, today. His style, voice, charisma, a overall look have essentially become the first images that come into your mind when anyone mentions anything having to do with “rock and roll”.

For almost 50 years, Robert Plant and his band Led Zeppelin have essentially been THE rock band and it’s hard to argue. He and the band are often imitated, but never duplicated. They are one of the best, pure and simple, and what’s even more crazy is that Robert Plant has refined his craft yet again!

What you’re about to watch is a video in which Robert Plant and his new band take to the stage to perform a song called Satan, Your Kingdom Must Come Down. What makes this particular performance so special is that Robert Plant strays away from his hard rock ways and channels more of a backwood blues style that you may have never known he had. See for yourself!