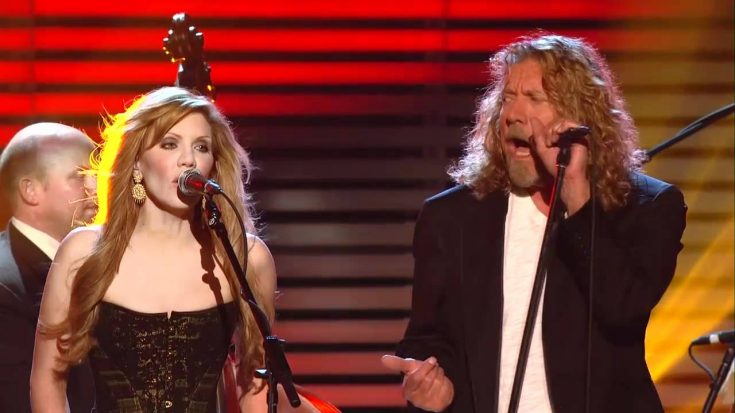 Check Out The New Single

Robert Plant has announced a new album “Raise the Roof”, which arrives on November 19 via Warner Music. He teamed up again with previous collaborator, American bluegrass and country singer Alison Krauss – over a decade after the massively successful “Raising Sand” in 2007. To mark the announcement, the pair released the LP’s first single titled “Can’t Let Go.”

“We wanted it to move,” Krauss said. “We brought other people in, other personalities within the band, and coming back together again in the studio brought a new intimacy to the harmonies.”

“You hear something and you go ‘Man, listen to that song, we got to sing that song!’” Plant added. “It’s a vacation, really—the perfect place to go that you least expected to find.”

Plant also told MOJO magazine, “The good thing with Alison and I is that we’re a couple of kindred spirits.”