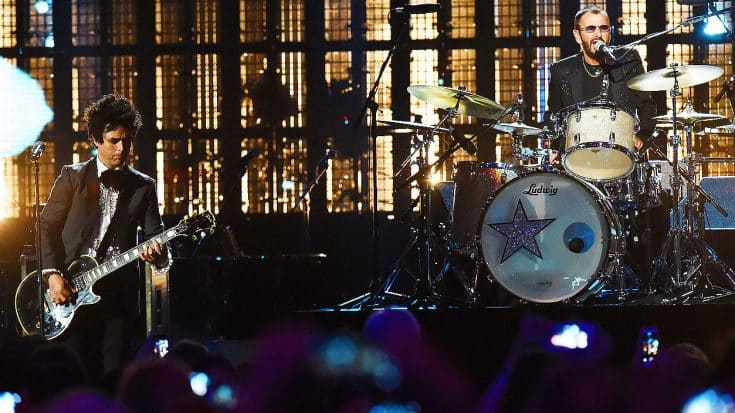 Green day’s rise to fame occurred in the late 80’s and early 90’s. Their fast, punk rock sound defined a generation, and they quickly became one of the biggest bands of all-time! One thing that’s great about Green Day, is that they always pay their respects to their influences, and legends that came before them, and this performance proves just that!

Back when Ringo Starr was inducted into the Rock and Roll Hall of Fame, he invited Green Day to join him on stage for the party! The members of Green day, jumped on stage and joined Ringo for an epic cover of The Beatles’ “Boys” and it was incredible! Ringo, of course, sings on the track and sounds just as good as he did when the song came out! Billy Joe Armstrong, Mike Dirnt and Tre Cool allow Ringo to shine, and take a background role to the legendary drummer! If you’re a fan, you’ll definitely dig this!

Check out the awesome performance down below, and let us know what you think!