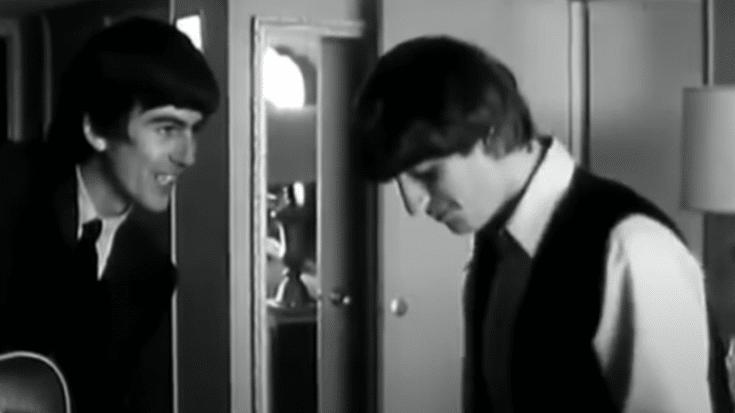 If you haven’t heard about this yet, then you are missing out. An unheard song featuring Ringo Starr and George Harrison has been rediscovered and had its first ever play on the air in the BBC Radio Merseyside in November last year.

The song, “Radhe Shaam,” was written and produced in 1968 by UK broadcaster Suresh Joshi, now 75, featuring Starr on drums and Harrison on guitar. It was the same time the Beatles released their ninth self-titled album, the White Album, and were already at the height of their career.

The recording of the song was found in the attic of Joshi’s home in Birmingham, England by a friend checking on him during the lockdown. Joshi was initially friends with Harrison and the one who introduced him to famed Indian musician Ravi Shankar, who also taught the Beatle how to play the sitar.

Joshi was working on the music for a documentary film, called East meets West, at the Trident Studios in Soho, London, when Harrison and Starr turned up and offered to play. The track also featured renowned Indian classical musician Aashish Khan.

Although the song never got to be released, just like all the Beatles songs, it is still relevant today. The track was played to 100 people at the Liverpool Beatles Museum for a listening party.

Joshi described the lockdown as a “blessing in disguise as we had nothing to do,” giving him time to find the lost master tape with the help of his friend Deepak Pathak, who sent the lost recording to music producer Suraj Shinh to restore and mix the song.

In a press release, Joshi shared:

“Time had gone on, [then] The Beatles were breaking up and had various problems so no-one wanted to [release it].

“The song itself revolves around the concept that we are all one and that the world is our oyster. [That is] something that we have all realized during this pandemic.

The museum manager Paul Parry told BBC about the song:

“It was quite a moment. It took you somewhere else.