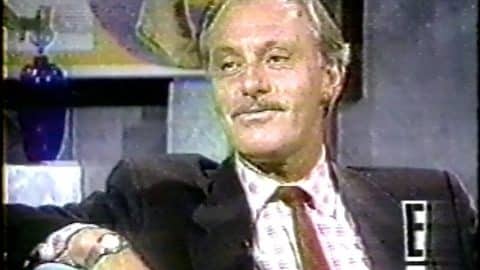 Long-time tour manager for Led Zeppelin Richard Cole has passed away at 75 battling a longtime illness according to sources.

Led Zeppelin frontman Robert Plant took to Twitter to send a tribute to their former tour manager with “Farewell Ricardo … sadly no more tall tales … brave to the end.”

Jimmy Page also sent his message on Instagram, “He was a brother and a friend to the end, goodbye my dear friend. They were special times and so were you.”

The two rock legends were heartbroken with the news as they say goodbye to their dear friend that made all their tours possible.

Richard Cole started his career with Led Zeppelin in 1968 after contacting their manager Peter Grant. Richard Cole was known to have a big impact on touring English bands as he set the standard in normalizing bringing their own gear and crew to the US rather than getting it an American crew.

Life as a tour manager wasn’t that kind to Cole as he battled substance abuse through his run with Led Zeppelin and that lead to his dismissal in 1980. After his run with Led Zeppelin, he then published a book called “Stairway to Heaven: Led Zeppelin Uncensored”. This book was not received well by the band members as it was said to be exaggerated stories from their touring days with him. Jimmy Page issued a statement to Guitar World in 1993 about the said book:

“I’m so mad about it that I can’t even bring myself to read the whole thing. The two bits that I have read are so ridiculously false that I’m sure if I read the rest, I’d be able to sue Cole and the publishers. But it would be so painful to read that it wouldn’t be worth it.”

It was not a great time for everyone at this point but they eventually made amends and Cole and had been good ever since.

Watch Richard Cole’s interview in 1992 as he talks about his job and crazy tour stories with Led Zeppelin.