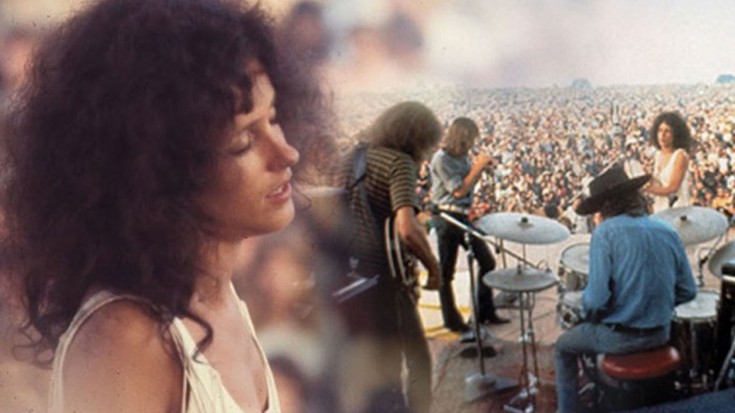 At 8 am the third day of Woodstock after The Who, Jefferson Airplane took to the stage.

Inspired by Lewis Carroll’s, Alice In Wonderland, Slick saw a lot of drug references in Lewis’ book… the “smoking caterpillar, pills, the mushroom, and lots of other trippy images“. She felt she noticed a lot of children stories referencing mind altering substances at the time and decided it was time to write a song about it.

Slick wrote and performed this when she was in a band called The Great Society. She brought it with her, along with “Somebody To Love,” when she joined Jefferson Airplane in 1966. A few other fun facts…

This was one of the defining songs of the 1967 “Summer Of Love.” As young Americans protested the Vietnam War and experimented with drugs, “White Rabbit” often played in the background.

Relive Woodstock with me! Ladies and gents, Jefferson Airplane…

And if you go chasing rabbits, and you know you’re going to fall
Tell ’em a hookah-smoking caterpillar has given you the call

And call Alice, when she was just small

When the men on the chessboard get up and tell you where to go
And you’ve just had some kind of mushroom, and your mind is moving low

When logic and proportion have fallen sloppy dead
And the white knight is talking backwards
And the red queen’s off with her head
Remember what the dormouse said
Feed your head, feed your head