Revisit The Time John Lennon Was On “Monday Night Football” 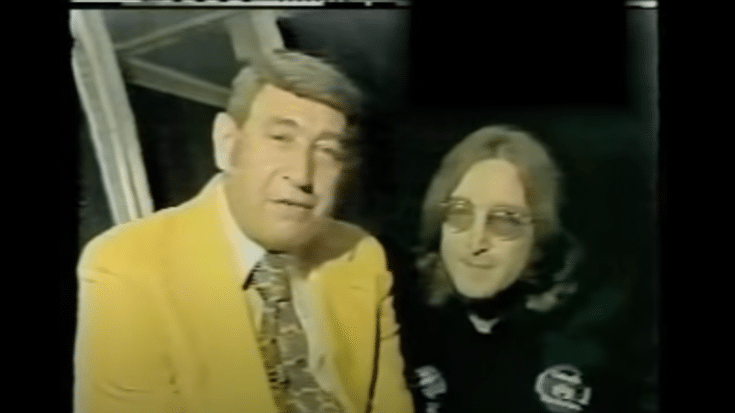 In 1974, John Lennon was still in the middle of what he referred to as his “Lost Weekend” – when Lennon spent 18 months away from Yoko Ono. Aside from their separation, that infamous period was known for his debauchery and intense musical creativity and productivity. Lennon also got romantically involved with assistant May Pang.

Aside from indulging in alcohol and drugs, Lennon even reunited with former bandmate Paul McCartney for an impromptu jam session.

On March 1974, he along with his drinking buddy, singer-songwriter Harry Nilsson were kicked out of the Troubadour rock club in West Hollywood for heckling the Smothers Brothers. Later that year, Lennon was already starting to sober up. And so on December 9, he watched a game at the Los Angeles Coliseum between the Los Angeles Rams and the LA Redskins. During the intermission, he was ushered into the broadcast booth for a quick interview with Monday Night Football host Howard Cosell.

Lennon was asked about the possibility of a Beatles reunion. To which he replied with, “You never know. It’s always in the wind. If it looked like this, it might be worth doing.”

Six years later, it was Cosell who broke the news about Lennon’s death to the American audience in the middle of the Patriots-Dolphins game.