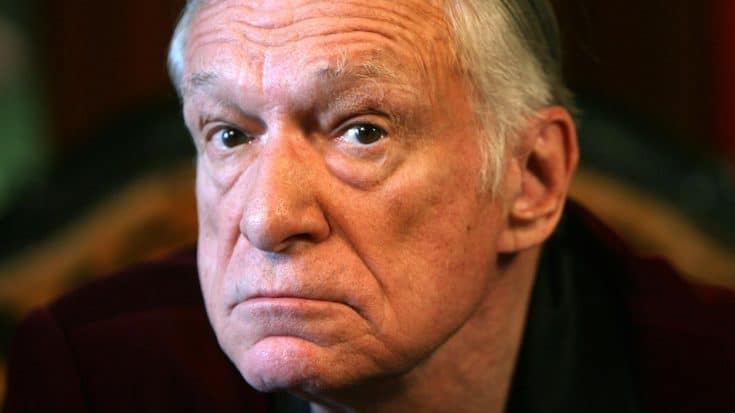 Playboy founder Hugh Hefner died Wednesday night at the age of 91 and while his death was initially reported as being natural causes, it was announced this morning that Hefner’s cause of death is attributed to declining health in the wake of “serious back issues” that began two years ago.

According to sources close to the Playboy founder, Hefner’s back trouble began a few years ago, worsening considerably when he developed an infection so bad that it left him bedridden and unable to walk without assistance. The infection left him weakened and unable to effectively fight off any other attacks on his immune system and so when Hefner came down with a mild illness just a few short weeks ago, those closest to him knew that it would very likely be too much for him to endure.

Who Was Hugh Hefner?

A Chicago native born during the Prohibition era, Hugh Hefner’s journey to his status as the most envied man in the world began in a family he once described as  “conservative, Midwestern, [and] Methodist”.

Hefner’s affinity for writing saw the 18-year-old serve during World War II in the United States Army as a writer for a military newspaper before enrolling at the University of Illinois at Urbana–Champaign, where in under three years Hefner walked away with a bachelor of Arts in psychology and a double minor in creative writing and art.

After his request for a $5 raise was denied, Hefner quit his copywriting position at Esquire and set his sights on his dream for a magazine of his own. Initially intended to be called Stag Party, the labor of love that would become Playboy came to life with the help of $7,600 raised between a bank loan and brave investors and another $1,000 from his mother, Grace Hefner, who Hugh said in 2006 did it “Not because she believed in the venture but because she believed in her son.”

The inaugural issue of Playboy debuted in December 1953 and was an overwhelming success;  it featured Marilyn Monroe from her 1949 nude calendar shoot and sold over 50,000 copies, selling out in weeks but was undated due to Hefner not being sure that there would even be a second issue.

It’s Marilyn Monroe’s Birthday! This is one of my prize possessions, her on the cover of the first ever @playboy! Fun fact: she did not pose for Playboy, Hugh Hefner purchased the photos of Monroe, they were taken in 1949 when Monroe needed to make some money!

Calling it a night #1961 #scrapbooksaturday

Needless to say, Hefner’s fears were unfounded. With its centerfolds of nude and semi-nude Playmates, cerebral articles dealing with pop culture and world events and critically acclaimed fiction, Playboy became the leader of the sexual revolution and under Hefner’s watchful eye and keen business sense, developed a presence as one of the world’s best-known brands before growing into Playboy Enterprises, Inc.

Reviving a star on the Hollywood Walk of Fame #scrapbooksaturday

As of 2017, Hefner’s life work remains a fierce player on the global stage with a strong presence in nearly every medium in existence. If that’s not the American Dream in action, I’m not sure what is!

Leaving behind four children, wife Crystal, and a legacy that stretches back more than half a century, Hugh Hefner will be buried alongside late blonde bombshell Marilyn Monroe in a plot he purchased for $72,000 in 1992.