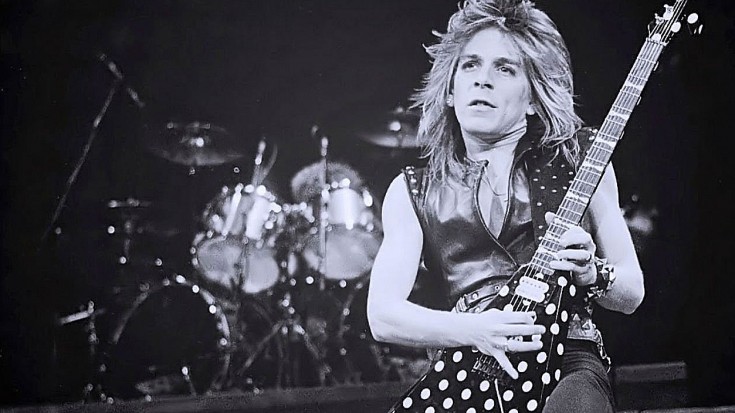 Few guitarists are as beloved and revered as the late Randy Rhoads. The void left behind after his untimely death at the age of 25 cannot be overstated, yet in its wake Randy left a legacy as being one of the most supremely brilliant musicians the world has ever seen or will ever see again. We knew what Randy could do in a studio setting – albums like Quiet Riot, Blizzard Of Ozz and Diary Of A Madman are proof of his genius when he sat down and had time to work a rhythm part or solo all the way out. However, it’s what he could do in a live setting that’s the stuff of legend!

This audio features 6 of Randy Rhoads’ greatest live guitar solos from his time with both Ozzy Osbourne and Quiet Riot, and in true Randy fashion, each solo is explosive and even more spectacular than the last, and in all but one, you can clearly hear his musical soulmate Ozzy cheering louder than anyone in the room. If this was Randy’s genius at only 25, we can only imagine what he could have accomplished had he lived to see his 59th birthday today.