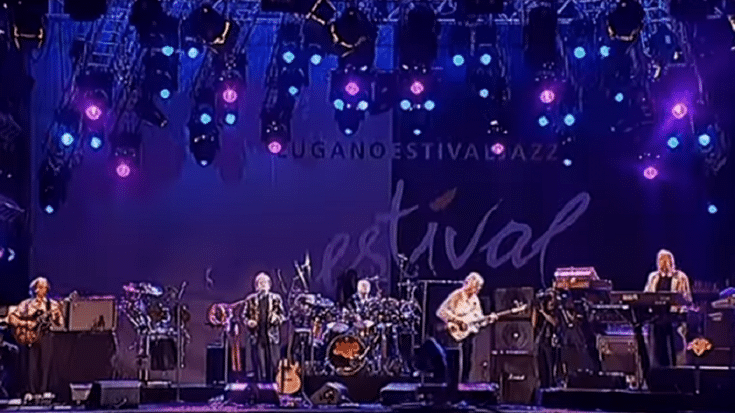 On July 8, 2004, progressive rock titans YES played at the Lugano Estival Jazz in Lugano, Switzerland. They performed their 1971 song “Long Distance Runaround”. That same year, they also embarked on a tour to celebrate their 35th anniversary. It was the last time both Jon Anderson and Rick Wakeman shared the stage with YES aside from the Rock and Roll Hall of Fame induction ceremony back in 2017 where they reunited for a two-song set.

“Long Distance Runaround” was written by Anderson and eventually became a staple on classic rock radio stations – they often played it with “The Fish (Schindleria Praematurus)”. It was a rather unusual track for the band because of their songs go for over ten minutes.

Speaking about it, Anderson said: “It was how religion had seemed to confuse me totally. It was such a game that seemed to be played, and I was going around in circles looking for the sound of reality, the sound of God. That was my interpretation of that song, that I was always confused. I could never understand the things that religion stood for. And that throughout the years has always popped its head up in the song I’ve been working with.”