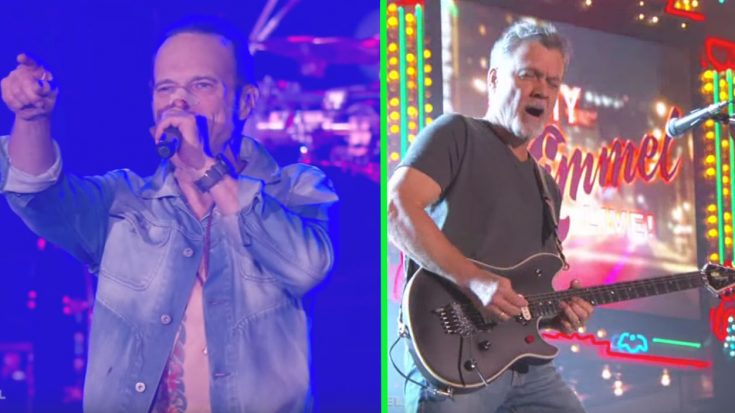 Van Halen Make The EPIC Comeback That We All Wanted!

Legendary rock band Van Halen have certainly had their ups and downs. Through addictions, departures, etc. they have been through it all, but luckily for us, they are not done yet. The band has since reunited with the lineup consisting of David Lee Roth, Eddie Van Halen, Alex Van Halen, and Wolfgang Van Halen.

The band has since released music that has achieved critical success. It certainly captures the classic ‘Van Halen sound’. My point is, the band has still got it. Like REALLY got it. Case in point, their first performance back from 2015.

What you’re about to watch is a live performance of Hot For A Teacher from the Jimmy Kimmel Live Show in 2015. This marked their official reunion. The performance is truly spectacular. David, Eddie, and Alex still have it, and Wolfgang is certainly no slouch. Van Halen will truly live forever!