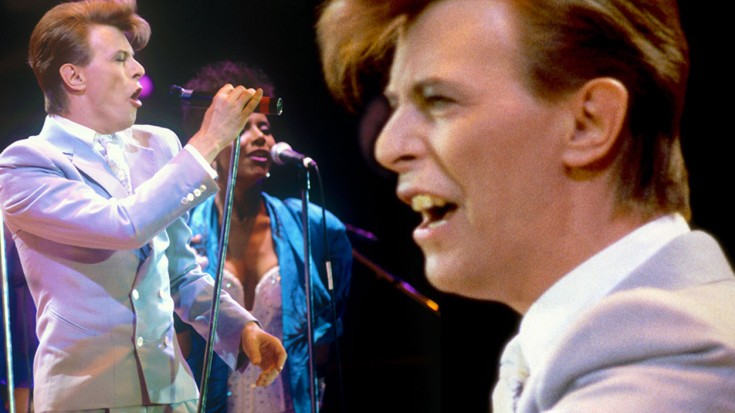 Few singers and songwriters possess that certain spark of magic that was within visionary music legend David Bowie. Whether he was performing on a daytime talk show or before a crowd of over 100,000 people at 1985’s Live Aid, Bowie was unmatched; a master showman, each chance to entertain was a chance to spread something wonderful to an audience who, plagued with the rigors of day to day life, greatly needed that spark of something magical to make the journey worth it.

His 1985 appearance at Live Aid was capped off by a powerhouse performance of his 1977 hit “Heroes,” and a brief reminder of why the crowd of over 100,000 people had gathered together that Saturday in July: “I’d like to dedicate this song to my son, to all our children, and to the children of the world.”

The power in Bowie’s show-stopping performance of “Heroes” wasn’t in what was going on onstage – it was in the fact that for just over 7 minutes, ordinary people believed that they, too, had the power to do great things and influence great change, even if it was as simple as paying for a ticket to an event designed to help stop famine in a third world country. The world lost this magnificent, wonderful spark with the January 10th, 2016 death of David Bowie following an 18 month battle with cancer, and it’s doubtful that we’ll ever see another quite like him in this lifetime; but for at least 7 minutes, we can revisit the magic of this legend with the performance that made us all believe that we, too, could be “Heroes”.