Relive The ’70s Tracks From The Who 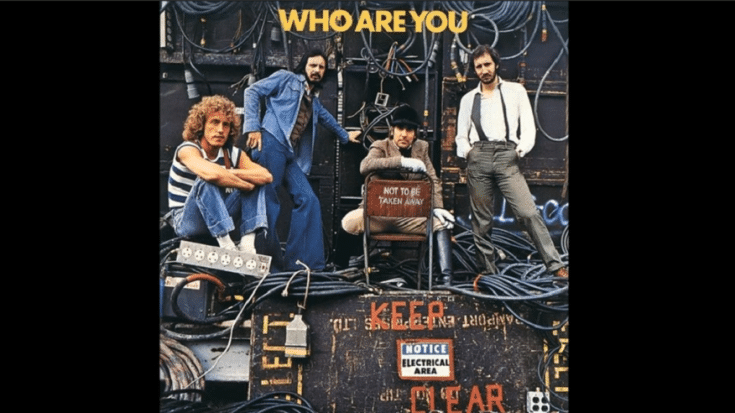 By the time the 1970s rolled in, The Who already established themselves as rock titans. More than churning out musical masterpieces, they were also gaining the reputation of being a stellar live rock band. And their concerts were nothing short of spectacular. The decade wasn’t too kind to the band since they lost drummer Keith Moon in 1978. Nevertheless, most of their LPs became instant classics.

Here we’ll be looking back at their best songs from the ’70s.

Pete Townshend originally wrote this for the supposed follow-up to Tommy, a rock opera titled Lifehouse. The project was shelved with the songs appearing on several albums. Townshend explained that this serves as a warning to kids about the music industry. He said, “‘Slip Kid’ came across as a warning to young kids getting into music that it would hurt them — it was almost parental in its assumed wisdom.”

It opens side three of Quadrophenia. Speaking about the lyrics, Townshend said: “‘5:15’ was written in Oxford Street and Carnaby Street while I was killing time between appointments. I must try it again sometime, it seems to work!”

One of the highlights of the song is John Entwistle’s bass performance. He delivered the goods, no doubt. In a 1996 interview, he revealed that he recorded it in just one take! And although he was only “joking around” while recording, everyone including his bandmates thought it was superb.

Another Pete Townshend composition, it’s the title track to the last LP they released before Keith Moon’s death. It’s one of their biggest hits on both sides of the Atlantic. Interestingly, the lyrics were based on something Townshend personally experienced. He also wrote it while nursing a hangover. He said, “I’d like to think that where the song came from wasn’t the feet that I was drunk when I did the demo, but the fact that I was f–king angry with [manager] Allen Klein, and that the song was an outlet for that anger.”

One of their most popular songs, it was by no means autobiographical even though Townshend and Roger Daltrey both have blue eyes. It resulted from Townshend’s encounter with a female groupie at a Denver concert. She tempted him but he resisted and instead, went back to his room alone.

Another song intended for Lifehouse, Townshend said that this was antiestablishment because it “screams defiance at those who feel any cause is better than no cause.” However, he also clarified that he thinks “revolution is not going to change anything in the long run, and people are going to get hurt.”

The title is a combination of the names of two influential figures in Townshend’s life – Indian spiritual master Meher Baba and musician Terry Riley. Townshend revealed that he drew inspiration from their time performing at Woodstock. He stated that the track is about “the absolute desolation of teenagers at Woodstock, where audience members were strung out on acid and 20 people had brain damage. The irony was that some listeners took the song to be a teenage celebration: ‘Teenage Wasteland, yes! We’re all wasted!'”