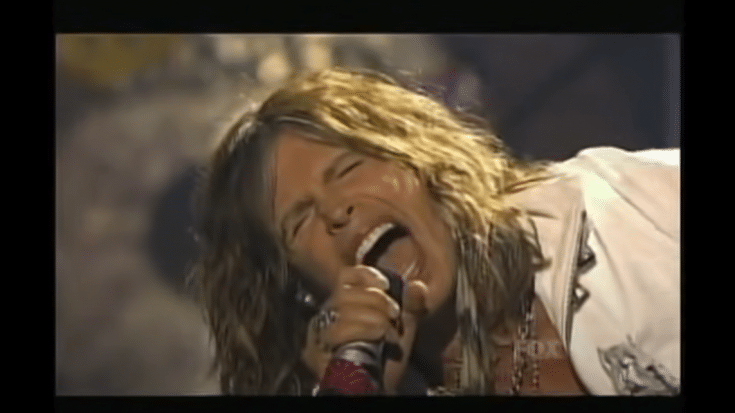 During American Idol‘s two-hour, star-studded season finale in May 2011, there were several spectacular performances but it was Steven Tyler who reigned supreme. The legendary rocker performed a powerful take on Aerosmith’s classic hit “Dream On”. Backed by Stone Temple Pilots and a string section, it’s the show’s most epic moment in just a little over two minutes.

He first played the piano before finally showing everyone why he’s a legend in rock ‘n roll. A year later, he left American Idol to focus once more on Aerosmith. At the time, he released a statement: “I strayed from my first love, Aerosmith, and I’m back. … The next few years are going to be dedicated to kicking some serious ass.”

“Dream On” was Aerosmith’s first big hit. Tyler worked on it on & off for about six years. It received heavy airplay and became a staple in classic rock radio stations.

Tyler explained, “It’s about the hunger to be somebody: Dream until your dreams come true. This song sums up the s–t you put up with when you’re in a new band. Most of the critics panned our first album, and said we were ripping off the Stones. That’s a good barometer of my anger at the press, which I still have. ‘Dream On’ came of me playing the piano when I was about 17 or 18, and I didn’t know anything about writing a song. It was just this little sonnet that I started playing one day. I never thought that it would end up being a real song.”