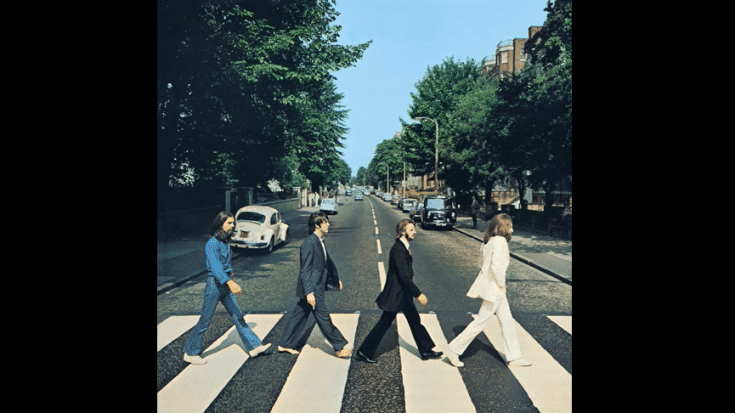 The 1960s was full of musical experiments and it was the decade when rock music began branching out to other subgenres – from psychedelic to hard rock. It was also the era most remembered by the British Invasion – bands who dominated the airwaves, had massive following, and who broke records left and right.

The ’60s spawned countless classic singles and albums, helped launch the career of future legends, and essentially laid down the foundation for the next generation of rockers. As we look back, here are five of the best-selling artists whose music propelled them to global superstardom.

They don’t call themselves the World’s Greatest Rock & Roll Band for nothing. With their unique brand of gritty and heavy-driven blues-based rock which would later be referred to as “hard rock”, they started out performing covers while still searching for their own identity and sound. Before the decade ended, however, they silenced the critics and the haters with a series of albums which showcased not only the brilliant songwriting partnership of Mick Jagger and Keith Richards but their impressive musicianship too. After a brief affair with psychedelia, they went back to their roots and churned out the greatest records of their entire career – Beggars Banquet (1968), Let It Bleed (1969), Sticky Fingers (1971) and Exile on Main St. (1972) which all achieved platinum record status.

Formed in 1961, The Beach Boys went on to become one of the most influential rock acts of all time. Known for their California sound and immaculate vocal harmonies, they reached another level of stardom with the release of the musical masterpiece Pet Sounds in 1966. It was groundbreaking, revolutionary, and innovative. It even served as an inspiration for The Beatles’ Sgt. Pepper’s Lonely Hearts Club Band. They lost their momentum in the later part of the ’60s with the rising tension between the members. Nevertheless, with sales of more than 100 million records worldwide, they’re one of the best-selling bands of all time.

In the early ’60s, Bob Dylan became a folk icon but halfway through the decade, he reinvented himself and became a full-fledged rockstar with a trilogy of albums that became massively influential to the genre – Bringing It All Back Home (1965), Highway 61 Revisited (1965) and Blonde on Blonde (1966) – the first two are certified platinum by the RIAA and the last one is 2x platinum . It was a quantum leap in terms of songwriting and musicianship. And for someone who’s already established himself in the folk movement, it was quite a risky and bold move. But he emerged triumphant on the other side. He had other albums which were stellar on their own but the aforementioned three LPs remain untouchable today.

This needs no explanation. Ever since he broke into mainstream, his impact and influence cannot be stated enough. In the ’60s, he had a plethora of projects – Hollywood films, soundtrack albums, the 1968 televised concert “Elvis”, a Las Vegas concert residency, and a string of tour dates. He’s the best-selling solo artist of all time – when he appeared on The Frank Sinatra Timex Special, Presley took home $125,000 fee for just eight minutes of performing.

One of the highlights of the ’60s was the Beatlemania. From their albums and movies to their concerts and even TV appearances, their impact was hands-down phenomenal. They were at the forefront of the British Invasion and as of today, they have sold over 600 million records worldwide. They have the most number of #1 albums and most singles sold in the UK and have the most #1 hits on the US Billboard Hot 100. Their influence encompasses rock ‘n roll and music in general. They’re pop culture icons and they enjoyed massive commercial success even with the release of their final album. In 1964 alone, they earned $25 million.