Prince Crashes Concert, Blows Everyone Away With His Guitar Solo 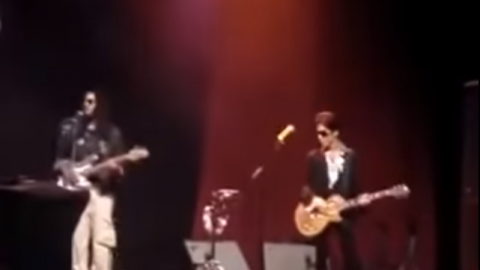 Prince has never been just any other musician. I mean, how many artists can dare to change their stage name to a love symbol? Or be referred to as “The Artist Formerly Known as Prince”? And just in case you forgot, he didn’t just perform during the Super Bowl XLI halftime show in 2007 but it was named by Billboard as the Greatest Superbowl Performance EVER.

Los Angeles Times writer Randall Roberts called Prince “among the most versatile and restlessly experimental pop artists of our time,” writing that his “early work connected disco and synthetic funk [while his] fruitful mid-period merged rock, soul, R&B and synth-pop.”

But what else do we know about him? For one, he seems to enjoy crashing concerts. Well he did perform unannounced during the Q-Tip Concert at the House Of Blues. Can you imagine him popping in, dropping some insane guitar solo then walking off? What else can I say, he’s cool like that!