Pink Floyd Play Final Tour, “Another Brick In The Wall” Is The Star Of The Show 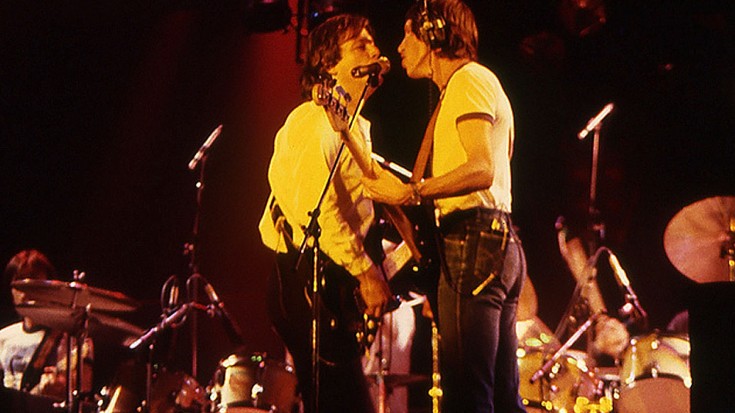 By 1980, the guys in Pink Floyd were burned out yet churning out some of the best work they’d ever done; 1979 yielded their final Waters-Gilmour-Wright-Mason album The Wall, a gorgeous rock opera that would result in the band’s smallest yet most expensive tour of their career and with it, anthem of rebellion ‘Another Brick In The Wall, Part II’.

The second of 3 parts of one overarching theme, ‘Another Brick In The Wall’ is the quintessential anthem of those going against the rank and file, and to the delight of devoted Pink Floyd fans, deserved its own moment in the sun during the band’s The Wall Tour. Armed with that signature, heavy hitting bass line courtesy of Roger Waters and a gigantic makeshift wall onstage, Pink Floyd delivered a performance that Earls Court would never forget!

Fun Fact: The costs of the tour were estimated to have reached US$ 1.5 million even before the first performance.

One of the final times we’d ever see David Gilmour and Roger Waters together onstage, the two made it a moment to remember! Roger’s never been better, and with David supporting him on guitar with that flawless blues-tinged guitar solo, the sting of his departure from the band is somehow lessened and we remember the days when the two weren’t necessarily friends, but great foils to each other onstage and in the studio.