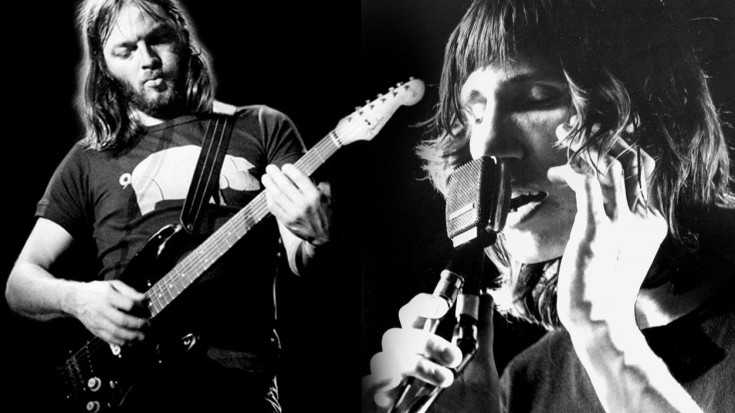 Icons, legends, two of the greatest vocalists of our time

Wow. After 40 years, yes… thats right, 40 years of touring the world, and making records, these guys can still rock with the best of them. They ARE the best.

The dynamic between these two singers in this video captures everything that fans worldwide have fallen in love with over and again. Their stage presence is remarkable. I can’t imagine what goes through their minds when they begin playing these old familiar songs…

In ’79 double album The Wall was released. It is the last studio album released with the classic lineup of Gilmour, Waters, Wright and Mason before keyboardist Richard Wright left the band. Along with the release of the rock opera album, the record was also accompanied by theatrical arena shows, and was later turned into a feature film in ’82, Pink Floyd– The Wall.

In 2011, the song was ranked 5th in the BBC Radio 4’s listeners’ Desert Island Discs choices. The two guitar solos were ranked as the greatest guitar solos of all time by both Planet Rock listeners and WatchMojo.com.

If I could dream up what a Pink Floyd concert would be like, this would be it.

Hello,
Is there anybody in there?
Just nod if you can hear me.
Is there anyone at home?Come on now
I hear you’re feeling down
Well, I can ease your pain
And get you on your feet again
Relax
I’ll need some information first
Just the basic facts
Can you show me where it hurts?