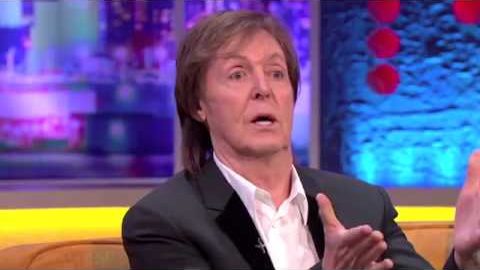 After all these years, the real events leading up to the Beatles’ breakup are really cleared up now. In an interview with BBC Radio 4, Paul McCartney explained that;

“I didn’t instigate the split. That was our Johnny coming in one day and saying, ‘I’m leaving the group’ as he refers to his bandmate John Lennon.

We all know that there were other reasons for the breakup of the legendary band but Paul McCartney received the majority of the blame because he was the first one to reveal it to the public by going solo in 1970. Aside from that, he was also the first one that used lawyers to settle the band’s internal disputes.

As Paul McCartney shares the story in his interview:

“I am not the person who instigated the split. Oh no, no, no. John walked into a room one day and said I am leaving the Beatles. Is that instigating the split, or not?”

And this was the time they were still making music and recording good stuff.

But his explanation also came with an understanding of what’s John Lennon’s life is. Paul McCartney continues to explain that;

“The point of it really was that John was making a new life with Yoko,”

“John had always wanted to sort of break loose from society because, you know, he was brought up by his Aunt Mimi, who was quite repressive, so he was always looking to break loose.”

With this situation in hand, the rest of the band (McCartney, Starr, Harrison) was left to pick up the pieces of what’s left. Paul stated that it was really hard for them because they also need to hide it from the public because they’re still tied up with business deals and their manager Allen Klein still needs to sort it out first.

As we all know, Paul McCartney eventually announced the Beatles break up and for some reason, people have blamed him primarily. “I had to live with that because that was what people saw. All I could do is say, no.” Poor Paul, but now we know.

Before we go, watch the new Beatles Get Back trailer below: