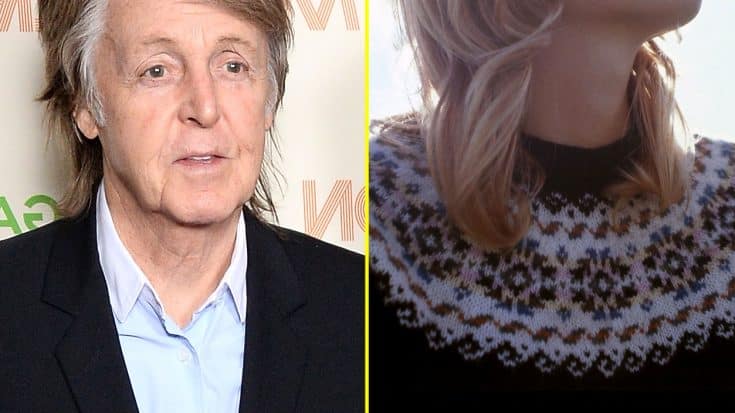 She was a photographer with a small child, he was a member of the biggest band on the planet – and somehow, the universe saw fit to throw them together on the night of May 15, 1967 during a chance meeting at a popular London night spot. Soho’s Bag O’Nails marked the beginning of what would be one of rock’s most famed love stories as former Beatle Paul McCartney, out enjoying a few drinks with his buddies, caught the eye of 26-year-old Linda Eastman, an American photographer known for capturing iconic snapshots of some of the brightest rockstars of the decade as she was out for a night on the town with some of her friends, members of British rock band The Animals.

The rest, as they say, is history. That chance meeting and the pair’s courtship resulted in four children and a 30 year love story – one that tragically came to an end on April 17, 1998 when Linda died from breast cancer at the age of 56.

On the 20th anniversary of her death, Paul marked the day with an incredibly sweet tribute to his late wife on social media, sharing a photo of a young Linda with the words, “Remembering Linda with love today. Beautiful memories.”

Who Was Linda McCartney?

She broke millions of hearts all over the world when she married Paul McCartney on March 12, 1969, but that’s not all she’s known for.

Born Linda Eastman on September 24, 1941, Linda wasn’t simply the wife of a Beatle. She achieved fame in her own right as a fiercely respected photographer who became the first woman to have a photograph featured on the front cover of Rolling Stone; thanks to her 1974 cover appearance with Paul, to this day Linda holds the distinction of being the only person to have taken a photograph, and to have been photographed, for the front cover of the magazine.

A lifelong vegetarian, Linda McCartney was a staunch supporter of animal rights whose passion for their ethical, humane treatment meshed beautifully with her love of food and family, giving way to her wildly successful vegetarian food empire that includes cookbooks and Linda McCartney Foods, a line of vegetarian frozen meals.

Paul wasn’t the only McCartney to pay tribute to Linda’s life and legacy today. Their daughter, critically acclaimed fashion designer Stella McCartney, took to Facebook to share a photo of her mother, saying only “The Real Deal x Stella”.

Our hearts are with the McCartney family today as they quietly reflect on the loss of the family’s heart and soul, gone 20 years ago today.