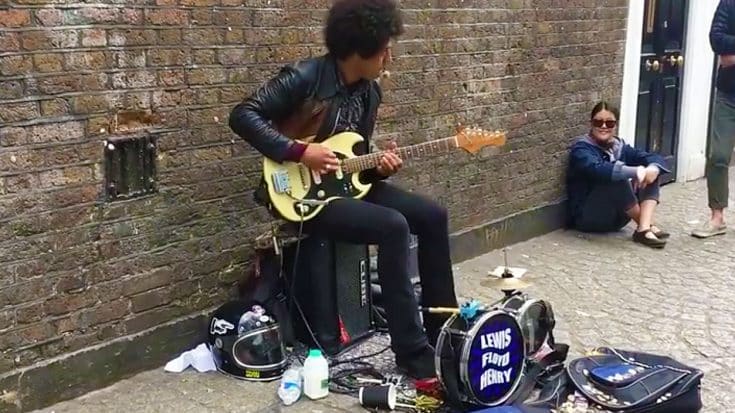 “And Don’t Forget The Joker!”

It’s no secret that we at Society of Rock love Motörhead. Whether it’s a casual fan singing along at the top of their lungs while waiting in traffic, a cover on YouTube or footage of the band showing us how it’s really done, we’d be hard pressed to find another song that hits us in the solar plexus the way “Ace of Spades” does, and that’s exactly what makes it so killer!

In the case of busking sensation Lewis Floyd Henry, “Ace of Spades” is one that kept knocking at his brain until it forced him to finally open the door, spending several months learning it from the inside out and using his entire busking setup to craft a fiercely unique take on one of metal’s most loved classics that beautifully blends together that homegrown feel with that raw, unapologetic ‘something’ that defined Motörhead.

Fun Fact: For the lyrics, late Motörhead frontman Lemmy Kilmister said he “used gambling metaphors, mostly cards and dice – when it comes to that sort of thing, I’m more into the one-arm bandits actually, but you can’t really sing about spinning fruit, and the wheels coming down”.

Recorded on a busy sidewalk and actually hailed by surviving Motörhead members Mikkey Dee and Phil Campbell, Lewis’ take on “Ace of Spades” is nothing short of a damned good time as he navigates both the song’s rhythm and lead sections, crafting some serious magic while armed with only an electric guitar, microphone headset and a tiny drumset; if the smile on his face is anything to go by, then he’s having just as good a time playing it as we – and the ever growing cast of characters gathering around him – are watching it. Check it out in the video but beware – you won’t be able to hold still for a single moment! Happy viewing!