Once Again, Aerosmith Wins The Internet With This Hilarious Skit! 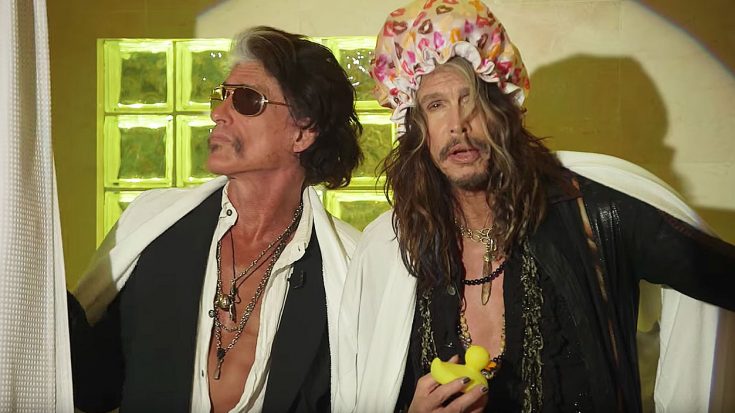 Aerosmith Are Back At It Again!

At this point you might’ve heard that the legendary rock band Aerosmith are going to be embarking on what many people strongly assume will be their “farewell tour”. Aerosmith has had a career like almost no other. They’re in the Rock And Roll Hall Of Fame, they’ve written/recorded/performed some of the most timeless rock anthems of all time, and they are deserving of every bit of praise they get, but anyway, back to the topic of the farewell tour.

Aerosmith broke the news about this tour with an initial funny sketch of Steven Tyler and Joe Perry dressing as “news anchors” and breaking the news in broadcast form. This time around, they’ve done it again but in a way that is nowhere near as formal, but every bit as funny!

What you’re about to watch is a second video announcement regarding the tour, but this time in a much different way. See for yourself!