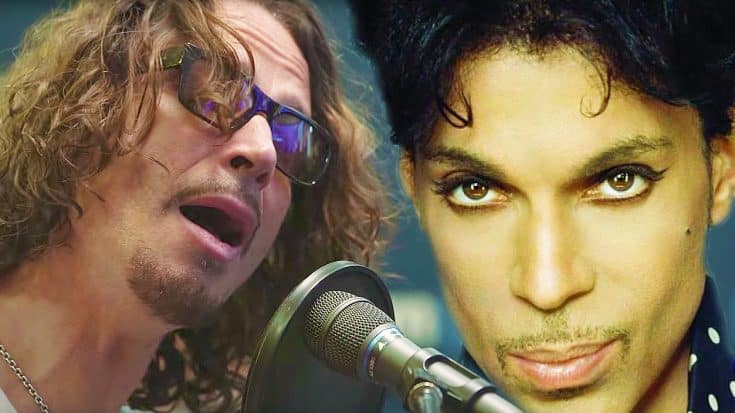 That voice was just one of a kind

It’s been a week since the world tragically lost legendary rock n’ roll and grunge vocalist Chris Cornell. Chris’ voice was considered to be one of the greatest and most unique in music history, and he was able to stretch it across a wide variety of genres.

Back in 2015, Chris took to the airwaves for Sirius XM Radio, for an exclusive live show on the popular Lithium station, which plays a lot of 90’s-00’s rock. Cornell took to the airwaves and performed an acoustic set which consisted of original songs and covers. One highlight of the show was his cover of Prince’s “Nothing Compares 2 U.” Chris’ voice gives a whole new vibe of the song, and it is guaranteed to give you chills. Following Prince’s passing, Chris laid this song down onto a studio version, which was raw and emotional. Chris adds some elements into this song, like a cello, which adds to the emotion even more.

Check out the phenomenal cover down below. We miss Prince and Cornell very much, and hope they’re both up in heaven jamming away!