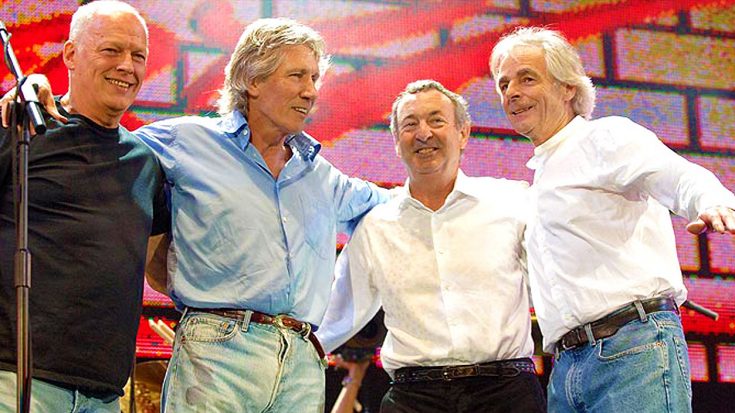 The world has always wondered if Pink Floyd will ever tour again. Many have dreamt of the possibility, but over the past few years since their break up, the possibility keeps looking slimmer and slimmer. Aside from a few one-off shows, no one really knows what the future may hold for Pink Floyd.

In a recent interview with Rolling Stone, drummer Nick Mason shared his opinions on if he believes we will ever see the surviving members of Pink Floyd on stage together once again. Mason said:

“I absolutely love us playing things properly. It’s not that I have a desperate need to get out in front of any old audience playing any old thing. But I also think it’s almost impossible because if we’re going to do anything, one would want to do it properly. It’s great maybe to do one thing for Live 8, but running a full-on Pink Floyd production, everyone would need to have a real enthusiasm for it. I cannot imagine dragging Roger (Waters) and David (Gilmour) around doing it unless they underwent some extraordinary change.”– Mason said.

The “extraordinary change” might not ever happen, but maybe one day Roger and David will put down their pitchforks and link up for one last hoo-rah! Mason was also asked if he felt being friends with the two of them was awkward at all. He said, not really, but he feels it’s unfortunate that they can’t just put aside their differences and let the past go!

“It’s not that it’s hard, really; it’s just sometimes it’s a shame. There’s a friendship element to the whole thing, and it’s great when Roger and I had a rapprochement after not speaking for about seven years. It means a lot to me actually, that particular friendship. I met Roger long before the band, so I’ve known him for well over 50 years and it’s a shame in a way. It’s not even that I need to get together and go back on the road. It’s just unnecessary sometimes to think that they can still irritate each other.”– Mason said.

Although we would absolutley kill to see them on stage one last time, we agree with Mason that the only we way we would want to see it, is if it were done the right way and everyone was happy!

But hey, at least we’ll always have this one-off performance they did back in 2005!