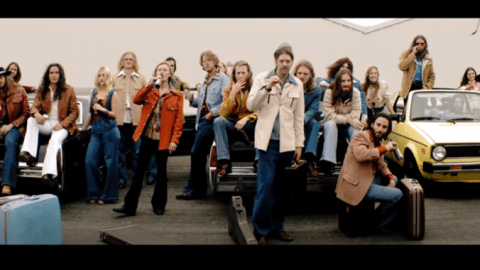 STREET SURVIVORS: The True Story of The Lynyrd Skynyrd Plane Crash tells the tragic story thru the eyes of one of the survivors, drummer Artimus Pyle (played by Ian Shultis) who also narrates the film. He survived the plane crash and he also summoned enough courage to pull out the remaining survivors out of the wreckage. He then staggered towards the nearest farmhouse to call for help.

Out on June 30, the movie will be available on DVD, Blu-ray and video on demand.

Pyle served as the biopic’s adviser and he also contributed to its soundtrack. He said in a press release: “This film’s story – my story – is not just about the plane crash but also about my personal relationship with the genius that was Ronnie Van Zant – whom I loved like a brother and still miss to this day.”

It took quite a while for the story to reach the big screen. Family members of Ronnie Van Zant and guitarist Steve Gaines, and guitarist Garry Rossington all sued Pyle. STREET SURVIVORS: The True Story of The Lynyrd Skynyrd Plane Crash doesn’t have the approval of the current lineup of the band and even if the lawsuits were overturned, Lynyrd Skynyrd still refused to have their music on the movie.