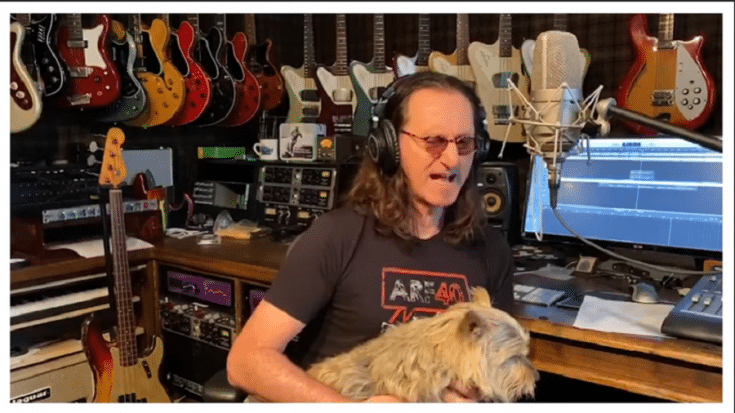 It Features Over 25 Artists

Rush’s Geddy Lee and Bryan Adams teamed up with other Canadian artists for a new benefit video featuring the song “Lean on Me” – written and originally recorded by Bill Withers who passed away on March 30, 2020 from heart complications.

The star-studded cover, which also includes Avril Lavigne, Jann Arden, Justin Bieber, Michael Bublé, Sarah McLachlan, Serena Ryder and WALK OFF THE EARTH, is part of the collective artist initiative ArtistsCAN which aims to raise funds for the coronavirus relief in Canada. It’s led by Tyler Shaw and Fefe Dobson.

All proceeds from this single will be donated to The Canadian Red Cross. Check out the music video below.

This clip marks Geddy Lee’s first public performance since the death of his Rush bandmate drummer Neil Peart in January. And as to Lee’s furry friend, he wrote on Twitter: “That’s my dog Dr Lucy Wasserman and she thanks frontline healthcare workers and anyone who donates to the food bank!”

In 2018, Lee released his book – the 408-page Big Beautiful Book of Bass. He told Rolling Stone, “This book took me so much time, and now I’m feeling really guilty that I’ve been away from playing — actual playing — as opposed to playing [basses] for the purpose of describing them in my book.”